A tribute to Shantanu Goswami 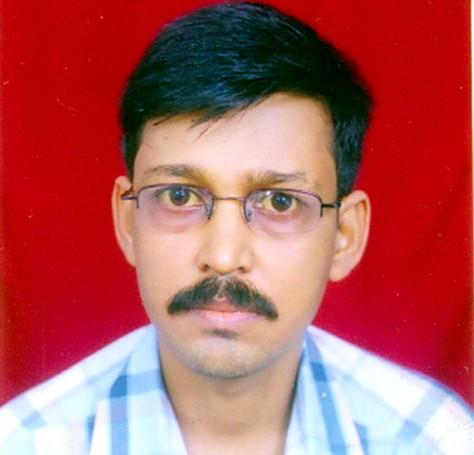 As a result of a long battle with a deadly disease Shantanu Goswami passed away on the January 19 at Gangaram Hospital, New Delhi. Shantanu served as Research Assistant in the Department of Planning and Development, Government of Assam.

Born to Sri Prabhat Goswami and Anjali Goswami of Guwahat on August 1971 Shantanu Goswami was a brilliant student. He started his education at Barpeta Nursery and Primary School and passed his primary school examination with a scholarship. From class four to class seven he studied at the Barpeta Vidyapeeth and later on joined the Ulubari High School at Guwahati wherefrom he passed High School Leaving Certificate Examination in the first division. He graduated in Statistics from Cotton College in the First Class along-with a distinction and further obtained a M.A. First Class in Statistics from Cotton College. He was also a recipient of National Scholarship during Graduation.

He started his career as a Lecturer in Shankar Academy, Panbazar, Guwahati and joined the Department of Planning and Development, Government of Assam as a Research Assistant in 1998. He served the Department with sincerity till the end. He was an efficient officer in-spite his ill health, and shouldered every responsibility assigned to him even if matters were out of his jurisdiction. He dealt with many facets in the office particularly the MPLAD works of Honorable Prime Minister of India. The Prime Minister personally appreciated his works during his visit to Assam when Shantanu Goswami accompanied him during his visit to the different MPLAD works sites.

He was kind person and ever willing to help others, particularly the poor and the downtrodden. I consider myself fortunate to have worked with Shantanu for a long time. I warmly remember his enthusiasm and skillful presence in the office. It is difficult to believe and bear that I will not have him in the office anymore.

2 Nov 2017 - 9:39pm | AT Kokrajhar Bureau
Properties worth several lakh were reduced to ashes when a massive fire broke out at a house at Bwrimukh in Mushalpur on Wednesday night. The fire originated from electric short circuit at the house...