Aahotguri in Morigaon district pulls huge crowd on Monday when it hosted the traditional buffalo fight. Around 35 pairs of buffalo were taken for fight which drew huge crowd from early in the morning. It was organized as part of the Magh bihu celebrations. Similarly, Hajo took out a colourful procession a day after it organized the traditional nightingale fight. 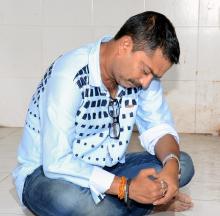 13 Feb 2016 - 8:21pm | Hantigiri Narzary
A total of 640 patients from greater Saralpara thronged the medical and awareness camp to receive medical check-up on Saturday along the Indo-Bhutan border of Kokrajhar district, was organized by...

25 Mar 2008 - 5:48am | editor
Two top ULFA rebels have been arrested from the city's Japorigog with two other linkmen during a police operation on Monday night. According to information, a hand grenade has also been recovered...