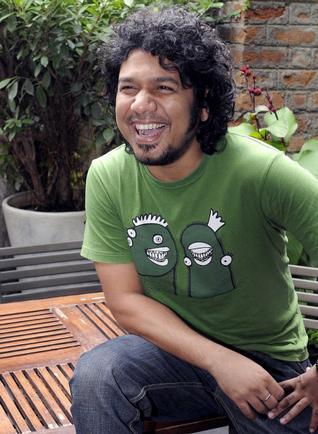 Angarag Papon Mahanta will be launching his Bihu collection “Phool Seng” on December 23 at Guwahati. “Phool Sen’ is a very authentic Bihu collection, where we have restored few musical instruments like ‘bin’ which are no more in use and played, says Papon.

Papon has put forth his step to restore and preserve “Raati Hussori” which is on the verge of becoming history from the cultural scenario of Assam. Hence he has made the album”Phool Seng” in a documentary style. His basic idea is to preserve the folk culture of Assam for the future generation. Somnath Oja has created magic out of his dhol and Rashmi Saikia landed her voice in this album. The entire team is very much excited about this album as people of Assam will be witnessing ‘the Actual Bihu’ while listening to “Phool Seng”

Papon is excited about the coming year. 2012 has stored something very special for him as he is going to launch his first ‘Major Hindi Album’ on of January 12 internationally. The name of his album is “The Story So Far”. He will be doing an international show in Delhi on 11th Jan. “The Story So Far” is produced by Times Music where he kept two (2) Assamese songs apart from eight (8) Hindi songs .He has recorded the famous goalparia lokageet ‘baitha maru baitha…’and the title song of his album ”Junaki Raati”.

We wish him good luck for both the endeavours.

Permalink Submitted by Tapash Dey on Sat, 21/01/2012 - 03:31
papon da i like your all songs.specially jiyen kyoun and naina lage re.and your boitha maro is a magical folk gift for us.i wish u all the best for upcoming times 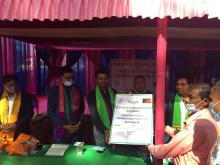 14 Jul 2015 - 9:45am | AT News
Japanese encephalitis continues to wreak havoc in many parts claiming at least 21 lives within the last couple of days.In Golaghat district alone, the killer disease have claimed 4 lives. Over 15...