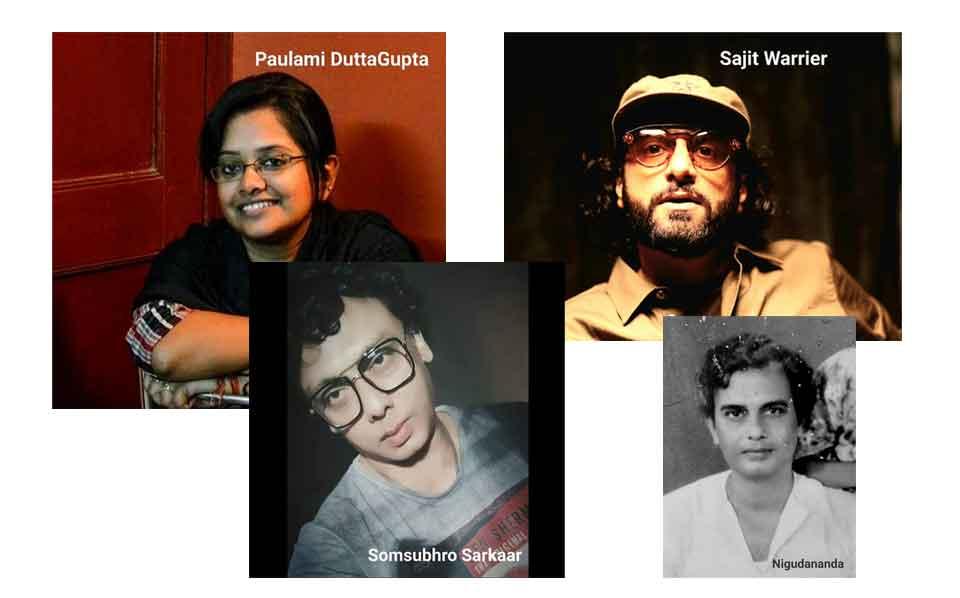 Sajit Warrier's filmmaking journey started in Los Angeles, where he produced and directed numerous short films. His films have premiered at the Academy of Motion Pictures Arts and Sciences, Hollywood and International Film Festivals in America, Australia, Japan and Canada, winning awards and accolades.

He worked in the Hollywood film industry with the VFX team behind some of the iconic Hollywood films like Independence Day, Godzilla, 2012, The Day After Tomorrow etc.. Having worked with some of the biggest names in the Hollywood like Oscar winning Special Effects supervisor Volker Engel (Independence day), Producer/Director Claudio Faeh (Hollowman2, The Hole, Viking) and Music Composer Ramin Djawadi (Iron-Man, Pacific Rim, Game of Thrones) he has immense experience in different departments of filmmaking.

The OTT project, an adaptation of the Bengali novel - 'Chhandahara' by the renowned Bengali writer Nigudananda, who is Som's father and was known as Prof. Sachidananda Sarkar. His volume of work comprises, 100 published books and Som is the IP owner of all the books. As Som I have got a goldmine with me and I thank my dad for that.'

Warrier and Sarkaar are  not only connected due to professional reasons but they also share a strong friendship of fifteen years,as they both hail from MS University, faculty of fine arts,Baroda.

As Sajit  says ' I always believed Som in his visions and also admire him as a creative person.' It seems the three have a lot in common and they can create beautiful content.

Som says Sajit and I have very few differences of opinion and mostly support each other in our creative thoughts.

Paulomi on the other hand, while currently working on other projects says' I have been very kicked with the content  and cannot wait for it to take shape.
Warrier after Directing two feature films which has been screened at Amazon Prime he is currently developing Original content for Excel Entertainment, Applause Pictures, JIO,Zee5, Hotstar and other platforms. He's currently working on a feature film as well as two OTT series releasin end of this year

This team will bring fresh content for the audiences. It could be ‘history in making’, literally.