The Asom Gana Parishad concluded its general council meeting in Guwahati amid unruly scenes on Monday. It took place following an alleged remark on former chief minister Prafulla Kumar Mahanta passed by one of the party member. A section of the other members strongly criticized the party leadership for the repeated poll debacles. The general council cleared some changes in the party constitution and the copies of the party constitution would also be sent to all the districts. The party will also have some committees to be set up afresh.

Presided over by party president Chandra Mohan Patowary, the meeting took some other decision to revive the image.

9 Aug 2014 - 10:05pm | Hantigiri Narzary
The Bodo Sahitya Sabha has been organising an open discussion  on Sunday at Commerce College auditorium hall in Kokrajhar to building peace and unity among Bodo organisation as well community.... 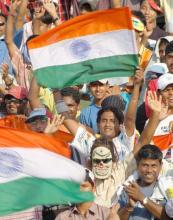