A Boost to Tourism

The northeast is a hitherto untapped tourist destination. Hills and vales, lakes and dales or rather nature’s pearls abound in this region. But the world at large has been fed on its militancy tales instead of the jewels of the eight states that form the northeast. Every state has a unique feature be it the wild life, culture or even a rich history -- we have it all.

It is not that nothing is being done in boosting the tourism potential of this region. The state government in a bid to avert the spotlight from militancy to tourism in the North Cachar Hills has decided to hold an NC Hills Festival which will be held at the Sankardeva Kalakshetra here in the second week of November. The three day event will be a perfect platform to bring forth the district’s traditional food, culture, fashion, art and crafts and tourism potential. The areas picked out to be showcased for its tourism potential are Umrangsu Lake, Paimur waterfalls, Jatinga, known for its bird suicide mystery and the recently constructed model village. The festival will also focus its arch lights on Haflong and promote the only hill station of the state.

Meanwhile Meghalaya is gearing up for the 10 day Autumn festival beginning October 26 in its capital Shillong which will be held under the aegis of the Meghalaya Tourism Development Forum (MTDF). Like last year this year too Shillong is all set to make a new Guinness record but this year the drummers will be replaced by more than 2,000 guitarists who will perform a record breaking strumming session at the Jawaharlal Nehru Stadium and try to outnumber the current Guinness Book record guitar ensemble of 1721 guitarists. Tourists flock to Shillong to bask in its hilly splendor but this October they would get a taste of its musical melody.

The Arunachal Pradesh government is in no way lagging behind it its quest for tourist inflow, The chief advisor of Arunachal Pradesh Tour Operators Association and former Regional Director 9Europe), Ministry of Tourism, government of India were especially invited to give a tourism presentation on Arunachal Pradesh and Sikkim respectively. Undoubtedly, Arunachal has immense tourism potential which stream lined in the right direction can put it on the top priority of visiting tourists.

Permalink Submitted by jaay on Sat, 08/12/2007 - 04:06
Some is finally waking up!!!! How do we say Ã¢â‚¬ËœWELCOMEÃ¢â‚¬Â to those entire prospective visitorÃ¢â‚¬â„¢s? I wish this step proves to be the LEAP which we have been waiting for years. Keep us posted. 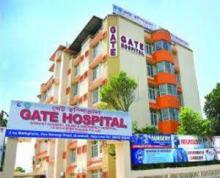 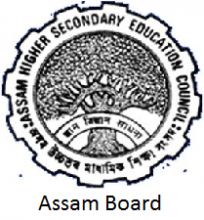