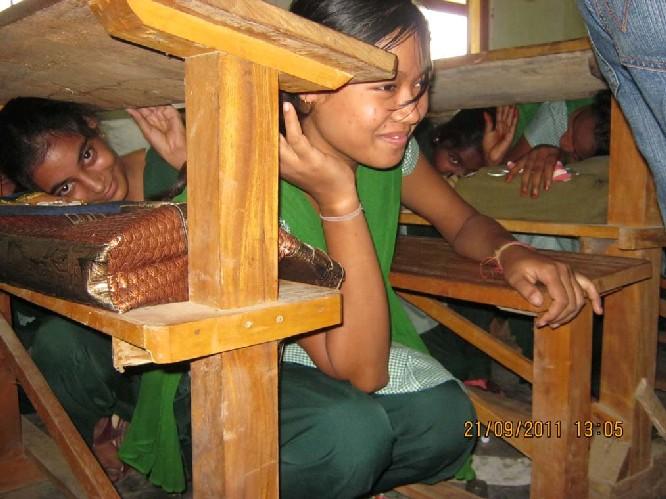 After the devastative earthquake that rocked in Sikkim on Sunday including in different parts of northeast States, the Karbi Anglong district administration has taken up emergency and earthquake precautionary steps.

In this regard, the District Disaster Management Authority has already been directed by the district administration to bring sensitization on the need of taking earthquake precautionary measures among the people and students.

In the meantime, several awareness programmes have already been organized since past few days by the district disaster management in active support of Howraghat based Ok-kereng Abhinava Sangha, an NGO in numbers of educational institutions on the earthquake preparedness in entire Howraghat area.

During the sensitization programme numbers of students participated and the students were given various safety tips on the needed to take precautionary measures during the quake.

Photo1: Students were being given training how to survive during the erupting of earthquake.

26 May 2015 - 11:58am | AT News
Yet another bridge over the river Brahmaputra will give the state a fresh lease of life on the infrascture front. This was what Tarun Gogoi said when the chief minister was addressing a huge rally in...

5 Oct 2014 - 9:47pm | AT News
And now it’s the green bridge idea that strikes the mind of chief minister Tarun Gogoi. Lunching the Swachh Bharat campaign in Guwahati on Sunday, Gogoi announced a Green Brigade to boost the...