An ULFA delegation arrived in Delhi on Friday to hold a crucial round of talks with the Centre on Saturday. Comprising the outfit’s finance secretary Chitraban Hazarika and deputy commander in chief Raju Baruah, the delegation is set to urge the Union home ministry to suspend army offensive aginast the outfit in view of the on going peace process. According to our Guwahati correspondent, before leaving for New Delhi at the Gopinath Bordoloi International Airport, Hazarika refused to divulge the details of the Delhi trip. 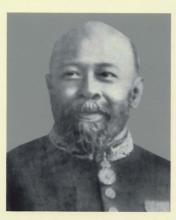 8 Apr 2014 - 9:50am | Bg Gogoi
Spring is back. Tender leaves have dressed the trees afresh. Season flowers start blooming brightly. The rivers are set to regain their strength because of the rain that lashes parts of the state....