The only second Institute of United Nations Studies (IUNS) of the country was formally inaugurated at the J B Law College in Guwahati. Indian Federation of United Nations Associations (IFUNA) which was established four decades ago for promoting the aims and objectives of UN granted permission to open the centre here at Guwahati last month.

IUNS would conduct a six month correspondence course on UN and its various organs, its structure, organization, aims and ideals as envisaged in the UN Charter and the procedure of the course is slated to be held from next week onwards.

“It’s a wonderful opportunity for the youths and others as well of this part of the country to gain some knowledge on the UN and simultaneously it would provide an opportunity to be involved wit the international body,” said Himanta Biswa Sarma, Assam Education minister after inaugurating the centre.

“I also hope it would help to create awareness on various works undertaken by the UN bodies here. I think the youths should take the opportunity,” he added.

The centre which is possible for the efforts on the parts of United Nations Association Assam is expected to provide wide knowledge on the international body.

“We sincerely hope that this institute will greatly benefit the academics fraternity by directly imparting knowledge about the world’s biggest and strongest international body to them. It will thus in turn have a long lasting effect on the society as people would have access to the UN system and would know about their rights and responsibilities in an organized manner,” said Aswini Sarma, secretary general of the United Nations association-Assam. 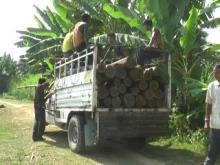 7 Jul 2007 - 5:58am | editor
PC Ram is alive. Ram's son Pravin, his wife and daughter all spoke to him over telephone on Saturday morning for around 15 minutes and confirmed that it was indeed him on the phone. Ram has...