Bangladesh steps up procedures to deport ULFA general secretary Anup Chetia next week. But the authorities are tightlipped on the date. Security has been beefed up at the Rajshahi central jail have for Chetia, who is has been languishing in the jail since 1997. Sources say Chetia was allowed to know the process. Home Minister Sahara Khatun is understood to have told the authorities to step up the process to push back the ULFA top leader after he assured her Indian counterpart P Chidambaram of steps to deport him. Chetia was arrested in Bangladesh in 1997 and is still under detention following completion of his jail term for cross-border. 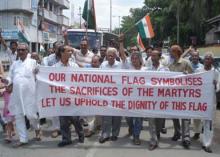