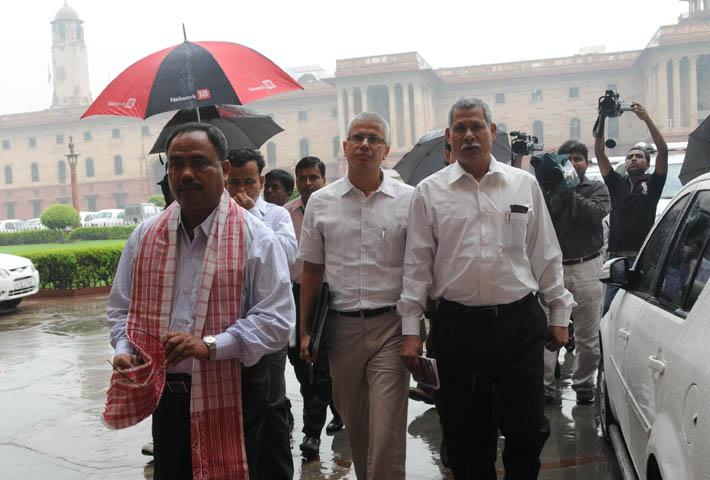 ULFA and the Centre are all set to hold the first round of formal talks on Wednesday next. The count down began when the banned outfit has submitted their charter of demands before the Union home minister on Friday.

Led by chairman Arabinda Rajkhowa, the ULFA delegation met Chidambaram at his North Block-based office at around 12 noon in presence of Chief Minister Tarun Gogoi and peace interlocutor P C Haldar. According to sources, ULFA has dropped sovereignty and independence demands. They are set to press for more autonomy, special status for Assam and other safeguards for the people there under the Constitution.

Talking to reporters, chief minister Gogoi called it a significant step in bringing peace in Assam and said both state and central governments were sincere about finding a solution for permanent peace in the restive state.

It is learnt that Rajkhowa and others are understood to have asked the government to bring back its Anup Chetia, who is in detention in Bangladesh since 1997, to facilitate his participation in the peace talks.

13 Nov 2017 - 2:08pm | AT News
JORHAT:Over three thousand Congress leaders and workers hit the streets in Mariani on Monday opposing the alleged move to allow Nagalim to expand to some parts of Assam. Led by Congress MLA and...

16 Jul 2009 - 6:34am | editor
Jim Ankan Deka, becomes the first Assamese to open a music institution and a production house in Bangalore, India. Eastern Fare Music Foundation had its origination in 2007. Presently the foundation...