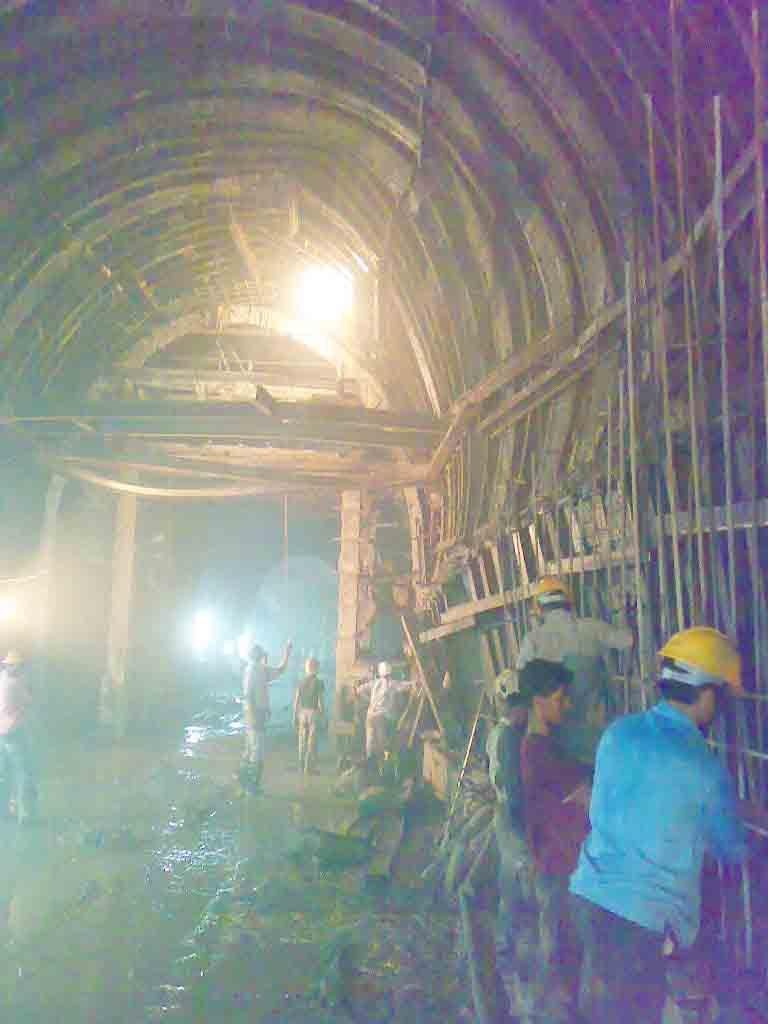 The construction of Tunnel No 10, near Jatinga of Lumding – Silchar BG conversion project will be completed within the target period of 30th October 2013, if the geological condition of the soil support them claimed both Construction Company and the Railway.

The much publicized Tunnel No 10 is the prime, being the longest tunnel of the entire NF Railway. There have been controversies over the construction of this particular tunnel because earlier this tunnel was awarded to Patel Engineering Company for construction but due to escalation of rate of materials and perhaps for incapability of the company to complete the construction of the tunnel within the targeted period, the said company left the work after doing some works. After two years the N F Railway awarded the work to the Apex & ABCI as joint venture. This 3232 meters long tunnel costing to the tune of several crores is the centre point of both Railway and the construction company as result of which a constant pressure is there for completion of this tunnel in time.

Sri Harish Kumar, Executive Engineer, Railway who is supervising the construction works while interacting with the visiting pressmen disclosed that there was no problem to complete the construction of the tunnel in time if there was no any natural calamity or hindrance. When asked about the presence of methane gas in the tunnel he said presence of methane may be there but they have also prepared to tackle with, by dilution of gas for which they have already installed one jet blower.

Sri M. L. Jain, Site in charge said 75% of workers in this project are from North East and each of them wants BG to be completed within its targeted period. ‘Since this work is a abandoned one, we have to take more care while advancing through the tunnel and to dismantle earlier support structure inside the tunnel. Geological condition soil is also not good.’ ‘ We are getting all the supports from Railway as well as locals, there is no such problem which cannot be sorted out amicably’, Jain said.

26 Dec 2017 - 7:31pm | AT News
KOKRAJHAR:KLO on Tuesday made it plain and simple that never will the rebel outfit compromise its demand for a sovereign Kamatapur. In his address at the outfit's Martyrs' Day function at an...

29 Jan 2021 - 7:14pm | AT News
The Civil Society, a national forum of activists, retired armed forces personnel and social activists, has appealed to the people of India to observe fast on tomorrow, January 30, in the martyrs' day...