Assam thrashed Tripura 6-0 in their inaugural match of the first N E Challenge Cup Hockey Tournamnt which got under way at the Md Tayabulla Hockey stadium on Sunday. Prasanta Das (3), N Ibomcha Sing, Lalthazula and M Ramen scored the goals for the winner.

Meanwhile Manipur got walk over in the inaugural match of the tournament as Nagaland, their first opponent, failed to turn up to play the championship. Earlier the meet was inaugurated by G M Srivastav, the president of the North East Hockey Association, in a simple function which was also attended by the sports commissioner Pradip Hazarika.

14 Sep 2013 - 10:18am | AT News
At least nine workers from Assam were killed and 11 injured when suspected militants triggered a powerful IED blast at Khoyathong in the heart of Imphal on Friday. Six others have been critically... 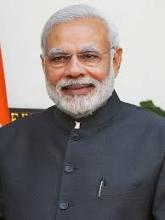 Modi on visit to Meghalaya, Nagaland

22 Feb 2018 - 11:01am | AT News
SHILLONG/KOHIMA: Prime Minister Narendra Modi is on a day long visit to Nagaland and Meghalaya to campaign for the next week’s assembly polls. During his hurricane visit to the north eastern region,...