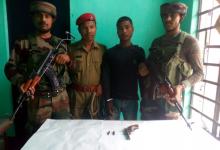 22 Sep 2008 - 2:35pm | Dibya J Borthakur
A meeting held on September 14 at the Madani Hall under the aegis of Nagaon District of Jamiyat Ulema, presided over by Nurul Islam,urged the government to deport the foreingers who have sneaked into...