2 May 2014 - 10:00am | Hantigiri Narzary
The death toll in BTAD areas ethnic frenzy has gone up to 12 with four persons succumbed to injuries on Friday. Seven persons including two children were killed in yet another incident of...

6 Jun 2012 - 1:16pm | editor
Assam sees the first wave of flood rendering around 15,000 people homeless because of incessant rains in the last two days. According to officials sources, water levels of major rivers, including... 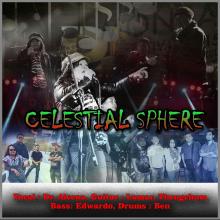 25 Jun 2016 - 9:49pm | AT News
Diphu's riock band 'Celestial Sphere' hits the headline with their latest single ‘How I Wish’. The song is curently on air in the international television channel Vh1. Directed by Lorence Kachari the...