The doctors, nursing staff and employees union of Kusal Kanwar Civil Hospital took out a protest rally and submitted a memorandum to the Deputy Commissioner for providing security to the employees during working hours in the hospital campus. Dr. Apurba kumar Barua superintendent of the hospital was physically assault by a group of people yesterday at his office.

14 Jun 2015 - 12:15pm | AT News
A massive operation is going on in Bangaluru in search of more NDFB ultras who are believed to have been hiding in the IT town for the last couple of months.The operation has been intensified after... 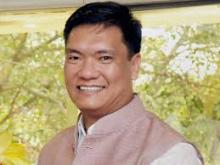