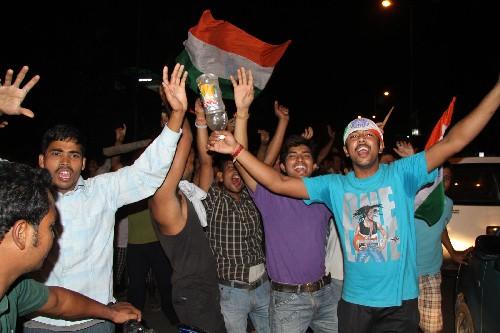 Assam also joins the victory of the blue brigades in the thrilling World Cup 2011 clash in Mumbai after 28 years. Thousands of people in Guwahati are coming out to the streets even before MS Dhoni and his team defeated the Sri Lanka team. Sounds of crackers and super-hit songs have taken the mid night city into yet another cheerful moment of victory.

24 Sep 2013 - 5:46pm | AT News
Police claimed to have killed a hardcore ULFA militant at an encounter in Goalpara district on Tuesday.The encounter took place at Dudhnoi bordering Meghalaya during an operation led by Guwahati...