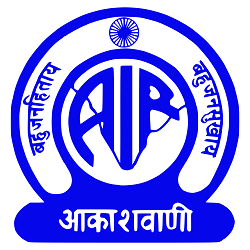 In a move that triggers statewide protest in Assam, the All India Radio in New Delhi will scrap Assamese news bulletin from March 1, 2017.

The All India Radio authorities have confirmed it on Wednesday leaving the people associated in this section jobless. The AIR news services division will stop broadcasting news both the national news bulletins in thus language from March 1 next.

Many organizations in Assam are set to come out in protest against the decision calling it a step to kill Assam and its culture in New Delhi. A few of the organizations are preparing to move the Centre opposing the decision.

12 Aug 2008 - 1:19pm | Dibya J Borthakur
Several persons were severely injured when a clash between AASU and NSUI members reached its top position on August 11 at Jaluguti in Morigaon district. According to the information, the local AASU...

19 Jul 2011 - 4:07pm | editor
Lt General (Retd) Andi M Ghalib Ambassador of Indonesia assures full cooperation for Eastern India IndustryIn his maiden visit after the signing of the historic set of agreements during the visit of...