The election scenario in 65 Kalaigaon LAC has turned into interesting stage with the declaration of candidates by most of the political parties.Kalaigaon assembly constituency,with 1,40,267 numbers of voters had never been won for two consecutive term by any political parties in the recent past.Sitting MLA,Maheswar Boro of BPF has faced stiff resistance this time from a local (AGP) candidate Mukunda Ram Choudhuri (former Chief Engineer, Director of Health Services, Meghalaya government) and firebrand feminist activists Rupa Rani Bhuan of Congress (Lecturer,English,Mangaldai College). BJP has placed one Mridul Deka of Mangaldai as its candidate in place of of its originally declared candidate Khagen Narzary,(first list)who had withdrawn his name for unknown reason.According to a few BJP activists, BJP has placed Mridul Deka as a “weak candidate” in support of AGP candidate Mukunda Ram Choudhuri.The BJP workers have expressed their displeasure in open against BJP state leadership and alleged that BJP had betrayed party workers.

BPF candidate Maheswar Baro has been enjoying an additional advantage of the absence of other Bodo candidates.If he could successfully polarise all the Bodo votes, numbering more than twenty thousand,his prospect of winning would be better.But Maheswar Boro is less likely to get support of religious minority people.But he of course enjoys additional advantage of the BTC factor.On the other hand Rupa Rani Bhuan of Congress is hopeful of winning the support of religious minority voters (in the absence of AUDF) besides Assamese votes.AGP canditate Mukunda Ram Choudhuri too has some additional advantages of being a resident of Kalaigaon town.In the last assembly election held in 2006,he could secure 23559 votes next to BPF candidate Maheswar Boro (27703 votes).Both the AGP and Congress have already opened election offices at various places in the constituency.

Congress candidate Rupa Rani Bhuan formally inaugurated her election office at Kalaigaon town on March 16 in presence of several hundred people belonging to various communities. Talking to media persons present on the occasion she said that her first priority would be to control flood problem of the constituency for which she would construct a dam at Jalimukh on Indo – Bhutan border. She further openly declared that she would oppose the BTC circular stopping transfer of land ownership right in BTC by non tribals ( from father to sons) which has caused serious consequences to non Bodos living inside BTAD. 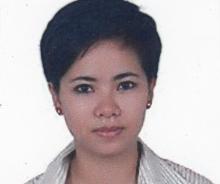 3 Nov 2016 - 4:57pm | AT News
A Russian tourist met watery grave in Arunachal Pradesh leaving no less shock and sensation in the entire north eastern region on Thursday. According to information, the incident took place in the...