The BJP has announced the second list of of candidates for Assam Assembly polls. The list has 54 names a day after it was finalized at a meeting chaired by party president Nitin Gadkari in New Delhi on Friday. The party had earlier announced the names of six candidates. The third and final list of the contesting candidates for the State polls will be announced on March 9.

The notification for the first phase of polls in the State will be issued on March 10. On the other hand, the Trinamool Congress will expand its base in northeast. Party chief Mamata Banerjee has decided to contest all the seats in Assam that goes to the polls on April 4. 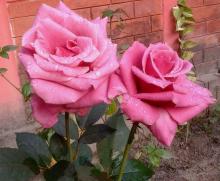 1 Jan 2015 - 12:19am | Anonymous
Blooms and bangs marked the exit of 2014 and entry of 2015 at the stork of mid night hour on Wednesday when defying the chill, people in large number came out of their homes bursting fire...