27 Nov 2014 - 12:08pm | AT News
There is no dearth of scope for Thailand to invest in the north eastern region. Mention may be made of tourism, food processing, organic farming, water management, education, waterways and... 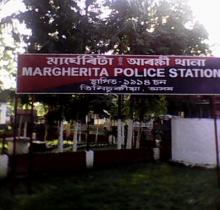 4 Mar 2008 - 10:49am | editor
One people died and two others have been injured while the suspected ULFA activists exploded a powerful bomb in Sivasagar town area on Tuesday afternoon. According to information, the incident took...