The CNN-IBN has selected Assam's noted RTI activist Akhil Gogoi as one of the top ten young leader of the country. This was confirmed by the KMSS leader on Friday in Guwahati. The country's premier satellite news channel has also selected 9 other top young leaders. Gogoi has been waging war against largescale corruptions that cripple the public life for the last several years. He has been leading the farmers' body (KMSS) who of late, dropped a bomb shell against Assam health minister Dr Himanta Biswa Sarma alleging his nexus with R H Khan where a huge amount of fund meant for Dima Hasao district was siphoned off.

Permalink Submitted by bonbon on Fri, 15/10/2010 - 21:39
its rare in today's world that someone so genuinely comes out of the me myself domain so selflessly for a cause that involves people in a large spectrum.

Permalink Submitted by Jeriffa begum on Sun, 17/10/2010 - 16:06
This is truely commendable. Akhil Gogoi is the next-gen hope in Assam. Time to have him in politics now

Permalink Submitted by Anupam on Sat, 30/10/2010 - 14:45
Akhil Da, We want our own resources to be preserved for future generation of Assamese people, mere giving a compensation for our land ,water by the Indian companies will not serve our purpose. We want our right to natural resources we have like nagaland,Arunachal Pradesh where even Indian big shot ONGC dare to start exploration,no one can buy a piece of land in Arunachal even PM of India cannot. we want people stock option in the Indian company where our people lost their land,job in the hand of Indian company hiddenly funded by world bank, Asian development bank,IMF etc .Sorry to say even our Prime Minister Dr. MM singh Ji is a virtual clark of World bank.

Permalink Submitted by Pallavi Barua on Sun, 31/10/2010 - 16:50
CONGRATULATIONS TO AKHIL GOGOI AND HIS INDOMITABLE SPIRIT.... CONGRATULATIONS TO RAJDEEP SARDESAI AND 'CNN-IBN' FOR CHOOSING THE RIGHT AND BEST PERSON FOR THE AWARD. THE SELECTION IS JUST PERFECT!

11 Apr 2014 - 9:04am | AT News
Former Congress MP Mani Kumar Subba’s condition shows signs of recovery. But he is still not out of danger. The Tezpur independent candidate is on ventilation support at the Medanta City Hospital in... 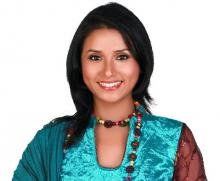 7 Sep 2013 - 12:14am | Aiyushman Dutta
There seems to be no stopping this young Assamese actress. Mumbai-based Assamese actress Urmila Mahanta who has been in the news for the past couple of years is back in the limelight. Making the...

25 Sep 2017 - 12:15pm | AT News
Defying a statewide protest, the Assam government on Monday arrested Akhil Gogoi under the National Security Act in connection to an old case pending against the peasant leader in Kaziranga...