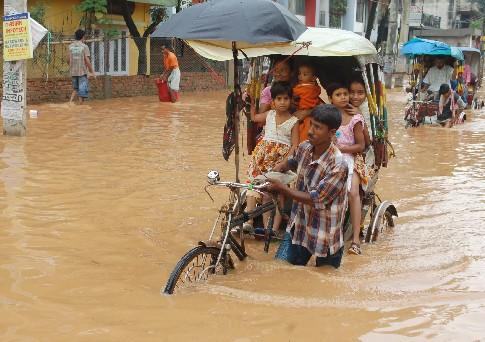 The northeastern premier city of Guwahati has come under artificial flood following a heavy downpour that lashed the city for several hours on Thursday. The rainwaters in many parts of the city are refusing to recede on Friday.

Permalink Submitted by Punit kumar on Sat, 05/06/2010 - 12:29
Some more information should be given,regarding its impact on rail and road transport,effected area etc.

23 Jul 2014 - 7:57am | AT News
An earthquake of mild intensity rocked Guwahati and its adjoining areas on Wednesday.The mild quake was felt at around 4-30 in the morning.The quake pressed panic button among the people in Guwahati...