In yet another significant development that can expedite the soon-to-be-kickstarted peace process with the government, a TADA court in Guwahati granted bail to ULFA vice chairman Pradeep and central publicity secretary Mithinga Daimary. The jailed ULFA top gun duo are expected to be released from the Guwahati Central jail on Tuesday itself.

Gogoi, who has been languishing in the jail since 1998, had six cases under TADA while he was granted bail in three cases on February 19. The TADA court on Tuesday delivered its final judgment on the remaining three other cases. The government last week informed the court that they have nothing to object if the duo are released on bail.

On the other hand, the court also granted bail to Publicity secretary Mithinga Daimary on Tuesday. It was to be delivered two weeks back but was reserved after public prosecutor Pradeep Gogoi collapsed on the court as the hearing was in progress. Daimary was lodged in Guwahati central since he was captured in Bhutan during the Operation All Clear in 2005. However, the bail was said to be conditional. In a recent development, the authorities have shifted ULFA ideologue Bhimkanta Burahgohain alias Mama to the Guwahati Central Jail from Tezpur to help the leader sit together. On the other hand, Assam Chief Minister recently told reporters that the government had nothing to object in their release if they really wanted to carry forward the process.

1 Mar 2008 - 10:18am | SK Hasan
Vetern freedom fighter of Nazira Sub-division Md. Sahidur Rahman informed us that for longer interest of an state and demands urgent peace talk between the Central Govt... 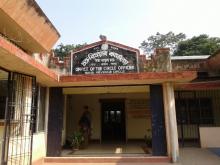