Amid a simmering political temperature, the Centre has advised Dispur to go for Central Bureau of Investigation probe into the multi-crore scam in North Cahcar Hills district. The Centre’s suggestion was confirmed by Union home secretary Gopal Krishna Pillai who shot off a letter to Assam chief minister Tarun Gogoi. Precisely, it’s a major embarrassment for Mr Gogoi, who has been downplaying the demand for CBI probe. But the Opposition parties still are demanding immediate dismissal of the Gogoi government.

The Assam BJP unit on Monday called on Assam governor J B Patnaik urging him to order CBI probe in to the multi-crore scam three days after the AGP staged demo in front of the Raj Bhawan. 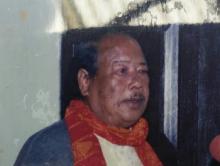