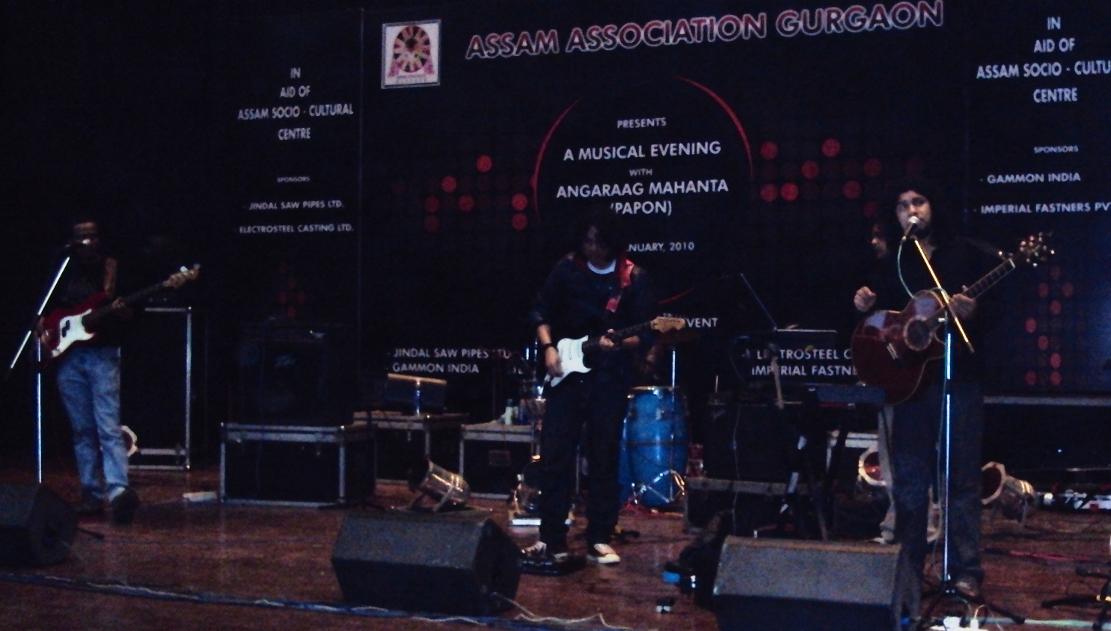 More than 250 strong crowd enjoyed a musical evening with upcoming singer Angaraag Mahanta (Papon) on January 10, organised by Assam Association, Gurgaon. Papon belted out more than 15 melodious songs including his latest songs from his album 'Chinaki - Achinaki' and enthralled the audience with his melodies. The event started with an Introductory Speech by President of the association, Mridul Bhuyan. A brief intro of Angaraag Mahanta was provided by Executive member of the association Nilanjana Rajkhowa Dutta followed by felicitation of Angaraag and his colleagues by senior citizens of Gurgaon, Dr. Ranjit Baruah (President of Assam Association, Delhi), Dr. Amal Hazarika and Gauranga Rajkhowa. Finally, Vote of Thanks was presented by General Secretary of the Association, Dr. Kalpajeet Nath. Dr. Nath offered vote of thanks on behalf of Assam Association, Gurgaon to the sponsors of the event and specifically mentioned about the contribution of Vice-President of the Association, Mukul Gogoi in organising the event.