After the raging havoc unleashed by the fury of floods Assam now runs the risk of drought that is looming large over the farming family due to the alleged anomalies in seed distribution. Man and Nature both are in their elements in Assam whether it is the raging rivers or the ravaging rebels everyone is targeting the Assamese people in the form of floods and ethnic killing sprees. After the floodwaters destroyed the Sali crop in some parts of the state the government resolved to help the farmer-community by distributing direct-seeded rice varieties like Luit and Lachit. This resolution came as a favourable opportunity for the flood hit farmers as these crops can be sown and harvested after a comparatively short span of hundred days. But according to reports it is now evident that this might prove to be a false promise to farmers as these seeds are in short supply and may not be helpful after all. The aim was to distribute such seeds to farmers in flood hit areas like Lakhimpur, Dhemaji and Morigaon. The requirement was for 1,000 quintal of certified seeds whearas the Assam Seed Corporation would be able to supply only a meager 300 quintal of seeds due to the shortage of the same. Since floods are a recurrent ill in Assam the government and Agriculture Department should have forecasted such a situation. However in this seedless situation the farmers would have to tide over a period of low or zero productivity which would also have an impact on the Agricultural economy. The All Assam Field Management Committee last year’s post drought like situation has alleged that the State Agricultural Department has filed to compensate the farmers affected by the corruption in distribution of CRF paddy seeds. An inquiry has been demanded to look into the matter. If timely help is not provided to the farmers it may affect thousands of farm families which depend on their own produce as a means of sustenance. After braving floods and bullets they may have to continue their quest for survival with a new tormentor -- poverty.

Permalink Submitted by jaay on Thu, 06/12/2007 - 03:24
So, whatÃ¢â‚¬â„¢s new? The sole aim of politicians or rather the administration is to show the lollypop to the child and the moment child looks the other way, he EATS it. And the class of people to which the LOLLYPOP is being offered, comes from lower and lower middle class, who can easily be distracted. Now, whom do you blame? Of course the people, because one they are keen for the false promises that being doled out, two they are poor and illiterate to really understand the game behind those games which our administration love to play. Awesome, you did your homework, nice article.

6 Feb 2014 - 4:30pm | AT News
In a bizarre incident, the Army jawans stabbed two passengers inside a train as they protested against defence personnel occupying all seats at the Rangia railway station on Thursday. GRP officials... 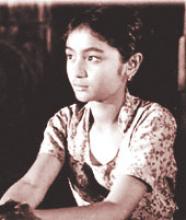 10 Feb 2013 - 10:27am | Rini Kakati
London Film Festival in March 2013 has selected award winning Assamese film - Laaj (Shame) directed by Manju Borah. Manju Borah is also been invited to attend this event. This initiative has been...