The dreaded H1N1 claims its first victim in Assam when a 20 year old college girl dies at GMCH on Sunday. According to information, Sikha Biswas a student of Hiteswar Saikia College in Panjabari in Guwahati in the wee hours on Sunday. Before shifting to GMCH, Sikha, a resident of Jagiriad station Road, was admitted to Nemcare Hospital in Guwahati 13 days back. Her body was taken to Jagiroad in the morning. 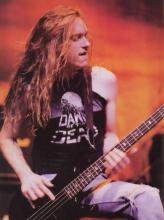 17 Oct 2010 - 2:19am | Aiyushman Dutta
Mumbai-based thrash metal band Zealous recently released the live DVD of their tribute to legendary bass guitarist Cliff Burton. The DVD, which was released earlier this month on October 3, is being...

8 Aug 2010 - 12:17pm | Mowsam Hazarika
A new Radio Serial , namely, BIGYANE AANILE JOWAAR is broadcasting from August 1, by the All India Radio, Guwahati , gaining popularity among the listeners. The aim of the programme is to...

Manoj to contest from Pattacharkuchi

14 Jun 2015 - 12:02pm | AT News
BJP will field Manoj  Baruah from Pattacharkuchi in the assembly polls early next year.Sources told Assam Times that Baruah agreed to join the saffrone party only after the leadership assured...