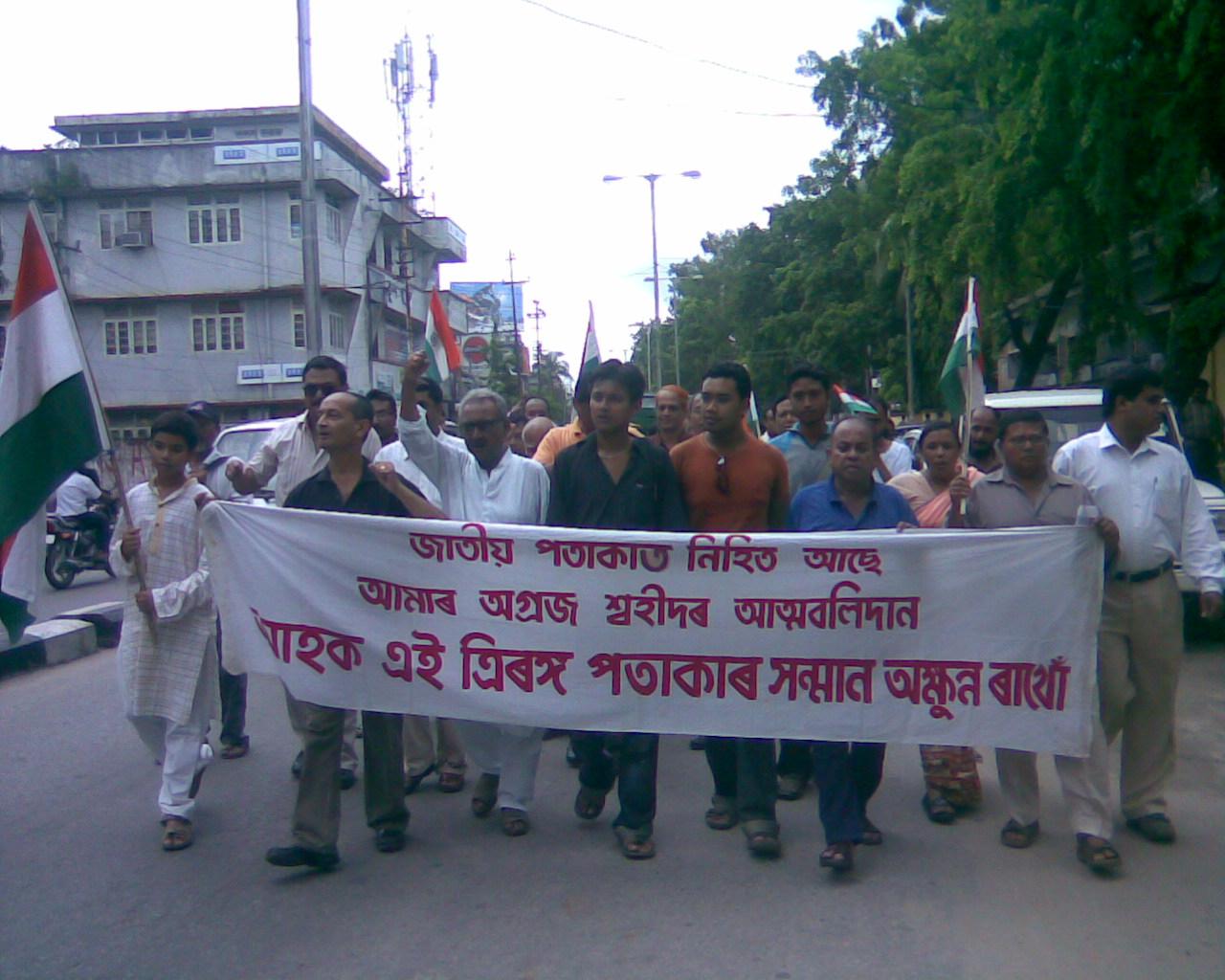 Enough is enough. This exactly appeared to be the message the Guwahatians on Sunday sent to the militants, who issue a diktat on Independence Day eve every year asking people not to celebrate their hard-earned freedom.

People came out into the open, hoisted the National Tricolour in numerous localities, saluted it, sang the National Anthem and took part in other related programmes.

At Guwahati Press Club, journalists were joined by members of the public on the occasion. Hoisting the National Flag, eminent litterateur Nirupama Borgohain said it had been a motley crowd some years ago, which dared to defy the militants. But now, it’s a different story. The number of people, who join the open display of respect to the Tricolour, is growing with every passing year, she pointed out and noted, “if this is not success, then what is?”

Veteran journalist, Dhirendra Nath Chakravarty, while explaining the significance of the Day, gave an outline of the country’s struggle for freedom and said hundreds of valliant heroes, who had sacrificed their lives with a smile on their lips, are yet to find a place in recorded history. “It’s not fair,” he said and added, “without them the history of our freedom struggle is incomplete.”

Later, the journalists and other citizens took out a procession with the Tricolour in hand, raising slogans, paraded several streets before coming back to their starting point.

At Kumarpara Pachali, the National Flag was hoisted by educationist Bhupen Barma in presence of hundreds of people from the surrounding localities. Here, it was the school-children, who stole the show with their cultural presentations.

Permalink Submitted by priyanka on Tue, 18/08/2009 - 08:42
The more people of assam (noth-east in whole) will become fearless against militants dictat, the less effective will be their functioning, because fear is the main reason of any anti-social activity growth.

20 Dec 2012 - 10:38am | Mowsam Hazarika
A Big crowd thronged at the Orange Fair held at Gandhi Maidan, Boko , organized by the Directorate of Horticulture and Food Processing, Assam, in collaboration with the Kamrup District Agricultural...