A 'Long March' by hundreds of Bangladeshis protesting the Tipaimukh dam project at the trijunction of Assam-Manipur-Mizoram has forced the authorities to put BSF on alert. According to information, BSF have been put on alert as 12,000 agitators from Bangladesh advanced towards the country's borders. The 'Long March' was kicked off in Dhaka on Saturday. The marchers are heading to Sylhet, 272 km northeast of Dhaka, where they would reach on Tuesday and then proceed to the Indian border. Sylhet district borders Assam and Meghalaya. 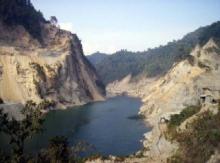 21 Nov 2007 - 1:17pm | bhaskarsabhapandit
The construction of Lower Subansiri Lower Hhydro-Electric Project is going on at Gerukamukg, Dhemaji district bordering Arunachal Pradesh. It is the biggest hydroelectric project undertaken in India...

7 Sep 2017 - 6:58pm | AT Kokrajhar Bureau
Baksa police apprehended two gamblers during a raid at Simlabari area in Barbari area on Thursday. Acting on a tip off, police conducted immediate a search operation where the duo were...