There is both tears and cheers for the north eastern region when railway minister Mamata Banerjee tabled the Rail Budget for 2009-2010. In her budget proposal, Banerjee announced that Guwahati station will have world class facilities along with 49 others across the station. Besides, Silchar station would be upgraded to a model station. Moreover, she announced 5 new trains for the seven sister states. One from Kamakhya to Puri superfast. This followed by Dibrugarh-Chandigrah express, Guwahati-Cochbeehar, Alipurduar- Guwahati and Dharmanagar-Agartala, Ranchi-Alipurduar-Guwahti apart from Guwahati-Dibrugarh. Moreover, the Guwahati-New Delhi Rajdhani Express frequency has been proposed to be increased increased by one day. But the newly intriduced Non stop trains have not reached the region. 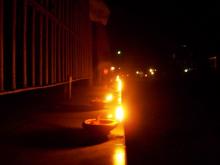 2 Nov 2008 - 4:38am | Ritupallab Saikia
Today AASU activists lighted up candles all over the Golaghat Town as a mark of tribute to the deceased of Thursday’s serial bomb blasts. 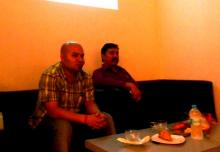