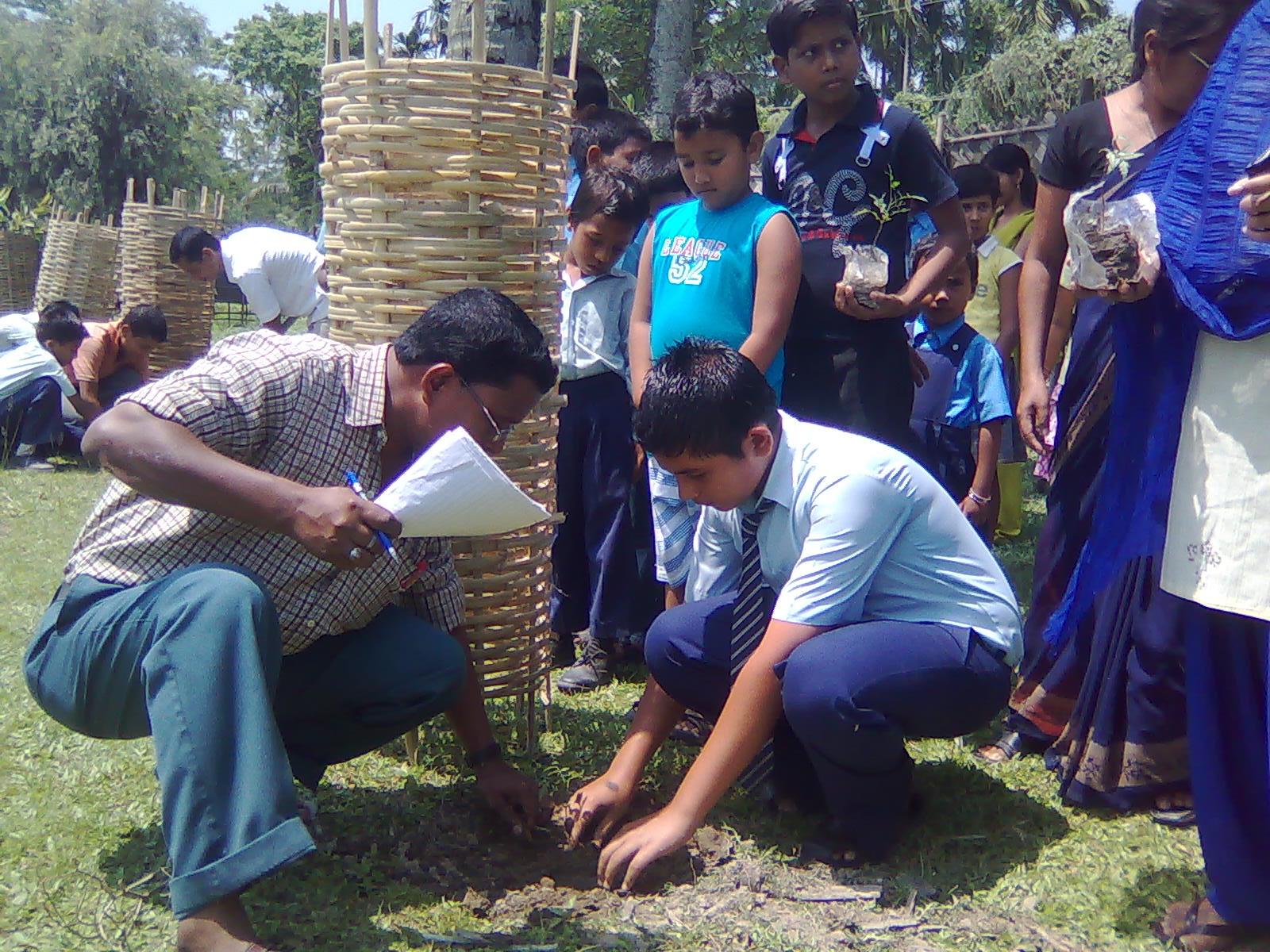 The students of Lokapriya Bordoloi Public School planted hundreds of medicinal plants at Kalaigaon on May 16 at 10 am.More than hundred of ‘Mahaneem,Silikha and Amlakhis’ were planted at the premises of Lokapriya Bordoloi Public School,Kalaigaon. Students,under the guidance of teachers not only planted the saplings; but also vowed to take good care of them. Fencings were too provided to the plants by the students in order to protect them. The most encouraging aspect of the programme was ,groups consisting with one senior and one junior student in each groups planted the medicinal saplings, so that the saplings would be protected even after the departure of the senior student from the school.

According to B.N.Dey, headmaster of Lokapriya Bordoloi Public School,the plantations had been done under ‘National Awareness Campaign 2008-09,Ministry of Environment and Forest,Government of India, in collaboration with Assam Science Society,Guwahati.The headmaster also said that the project titled,’Plantation of Local Medicinal Plants’ aimed to create an awareness among students and children to plant more and more trees to check pollution and global warming. Another objective was to tell the students about the usefulness of local medicinal plants of Assam as well as NE.

24 Aug 2008 - 1:48am | editor
Dr. Phani Sharma Commemorative Talent Award for Sports has been awarded to the budding Tennis player from Assam Kakoli Lahkar at a function held at Srimanta Shankardeb Kalakhetra, Guwahati on August...

30 Mar 2014 - 1:29pm | AT News
BJP president Rajnath Singh on Sunday accused of the Congress government of encouraging infiltration from the Indo-Bangladesh border.Addressing a poll rally in Karimganj, he said that a Bangla...