Two NDFB rebels and prime accused in the Guwahati serial blasts on october 30 died at an encounter with a police and Army Kokrajhar district on Wednesday.

According to information, acting on some specific inputs, police and army were carrying out a joint operation at Bhalukjhora village where the encounter came up in the wee hours. The two National Democratic Front of Bodoland militants failed to escape and started firing at the police and Armymen. When retaliated, both of the rebels died on the spot at around 3.00 am.

Talking to reporters, Commanding Officer Hitesh Bhalla of Eleven Maratha Regiment, which conducted the search operation with police, said the two NDFB extremists were involved in the October 30 serial blasts that killed 91 people and injured 320 others. Later the rebels were identified as Simang Basumatary and Chandan Basumatary of the NDFB's 3rd battalion located in Bangladesh under the leadership of the anti-talk Ranjan Daimary faction. 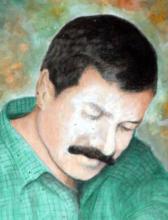 13 Years After: Waiting for Justice in the Parag Das Assassination Case

30 Jul 2009 - 8:14am | editor
"We have waited thirteen years, another hour should not be to difficult to bear, will it?" said an elderly bystander to a colleague, as all of us waited to hear the verdict of the Central Bureau of...