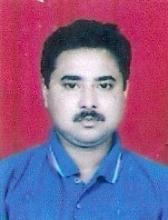 13 May 2009 - 11:46am | Juthika Das
Nabajit Das, Lecturer in Zoology, B.H.college, Howly participated in the 10th students' conference on conservation sciences held in Cambridge University on March 24 to 26 and presented a paper on...

17 Dec 2016 - 1:10pm | AT News
After months of hectic confabulations the central BJP leadership have appointed senior party leader Ranjit Das as the state unit president of Assam. Dad, who is out of station, is currently the...