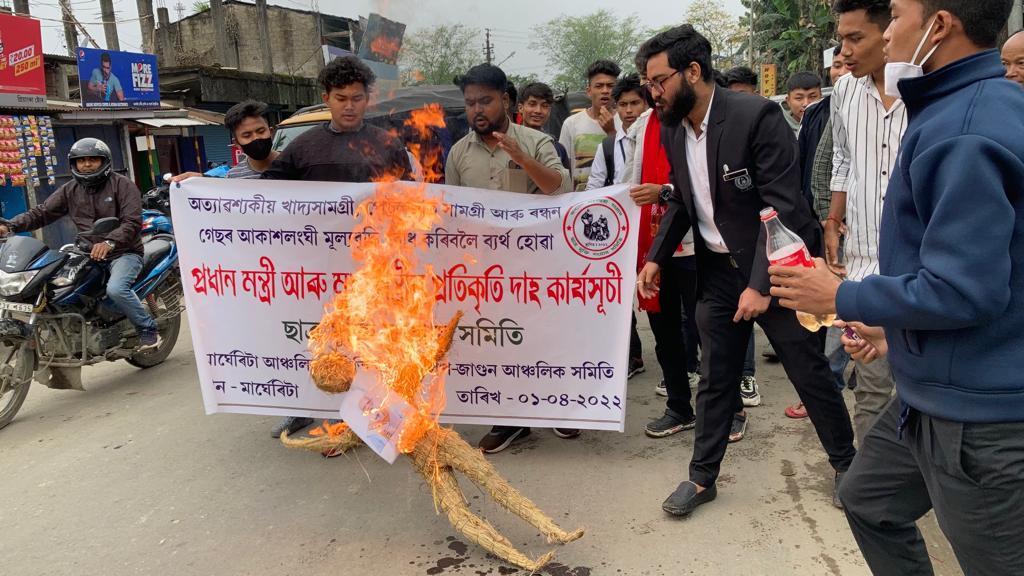 "The BJP-led government, both at the centre and in the state, is busy creating beneficiaries. In Assam there are more than 85 Lakhs beneficiaries for which the BJP led government is willingly increasing prices on day-to-day life essential commodities. I demand that Prime Minister Narendra Modi and Chief Minister Dr Himanta Biswa Sarma control the prices of essential commodities and look after the middle class and marginalized people of our state and country as they are the middle class people who suffer more than others," Gogoi added.

On the question of Assam-Assamese riddle

17 Mar 2015 - 4:38pm | Nijwm Thomas Mushahary
The perplexing subject mattering ‘Who is Assamese?’ is fetching a deliberative advocacy for the definitive definition of the term ‘Assamese’ itself, fundamentally with reference to the implementation...

10 Apr 2010 - 1:24pm | manojpandey
The Army in a colourful ceremony yesterday dedicated a computer laboratory to Rangsangigaon High School of Dibrugarh district. Undertaken by the DAH Division under the aegis and execution of 18 JAT...

4 Jun 2013 - 8:47pm | AT News
Chief Minister Tarun Gogoi has asked the Nagaland government to immediately arrest the Naga miscreants who shot dead the cultivator at Naginijan area on Monday.Talking to reporters before...