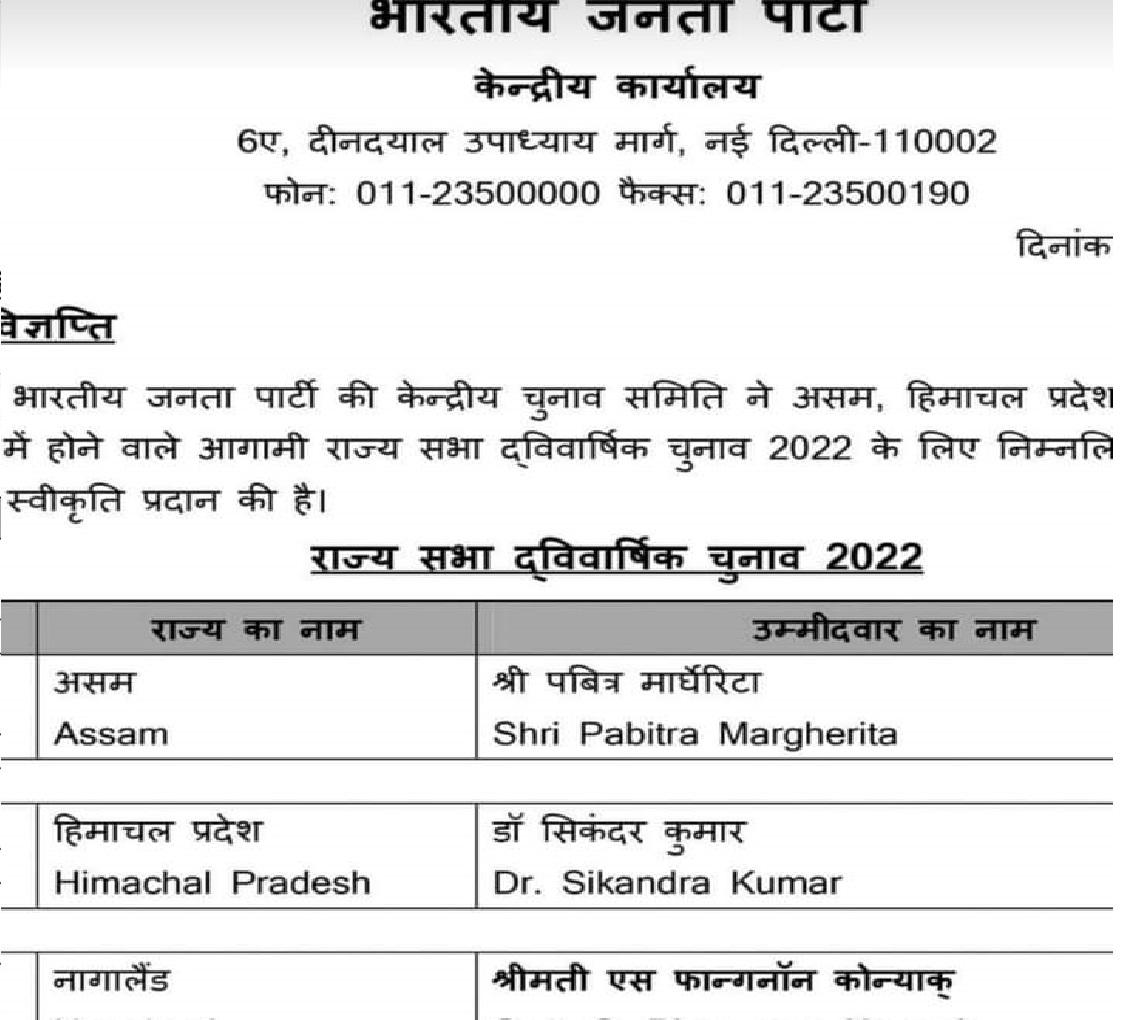 New Delhi: The BJP's central leadership has named Pabitra Margherita as the party candidate in the Rajya Sabha elections slated for March 31.

The party issued a list on Friday where the ruling party has not named anybody for the second seat.

The ruling coalition lacks the numbers to get yet another candidate to get elected smoothly.

Only a united opposition has the chance for smooth sailing in it.  Opposition parties are having hectic confabulation to ensure their candidate, while Ripun Borah is said to be a strong contender.  Bora and his party are in touch with AIUDF.

19 Jan 2011 - 2:04am | DigantaTalukdar
GVJ-EMRI today organized a Media Interaction Meet in Nagaon Press Club. The meet was organized with the objective of informing about the various challenges faced by the 108 Mrityunjoy Ambulance...

9 Apr 2014 - 3:01pm | AT News
Braving incessant rain that lashed Barak valley, Congress vice president Rahul Gandhi held a huge poll rally in Udarband on Wednesday.Gandhi landed at the Kumbhirgram Airport in Silchar at 11 in the...