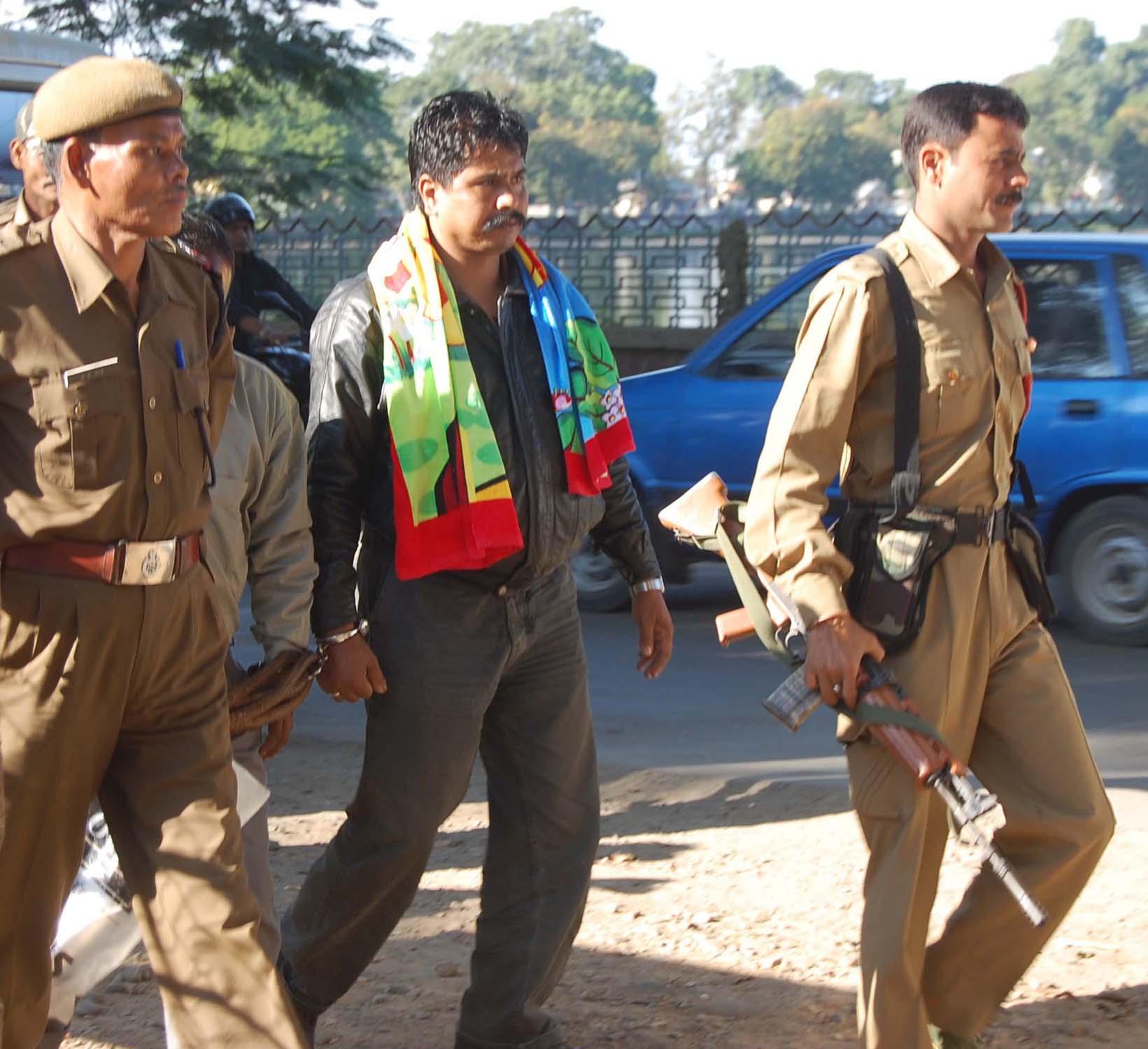 The controversy hovering over the arrest of ULFA cadre Ram Singh alias Mintu Biragohain is over. Its more a surrender and less an arrest. He was Ram Singh, who himself virtually admitted that it as a high voltage drama of his arrest.

Till a few month he was leading several strikes by ULFA. But recently he was said to have been apprehended during a joint operation by police and army. He is plain and simple that he had hardly any role in ULFA.

But till the other day, he was behind a string of devastating strikes by ULFA.

Not only that. For the last several months, a massive extortion drive was on in Sivasagar district. This unleashed a reign of terror among a section of businessmen. The extortion notices served to the businessmen along with some other servicemen were duly signed by this ULFA leader.

A senior officer of the excise department received an extortion notice for Rs 10 lakh. Moreover, a cooperative committee president of West Abhayapur in Safrai received a notice demanding Rs 50 lakh. He was also behind the blast at the ONGC pipeline at Disangpani in 2006. Also, he was leading the backlash against the Hindi-speaking people in 2007 January where seven people lost their lives only in Charaideo sub division. It strage…why this hardcore ULFA cadre was kept out of any role.

Four ULFA cadres lost their lives in Balijan grant at the hand of Army. It was a mysterious one. Mysterious in the sense that minutes before the incident Ram Singh was very much present on the scene. How he managed to flee from the spot. This has raised doubt on the role of Ram Singh by the central leadership.

He also participated in the discussion with army for unilateral ceasefire with the government. Therefore, no one can deny the likelihood of his joining the pro truce group. At a time when ULFA is understood to have strengthen its 28th battalion, Ram Singh said its strength is weakening.

This hard core cadre has been apprehended by police and army. That too from his elder brother’s house. Is not it a surrender? The answer is a firm ‘yes’.

6 May 2008 - 4:35pm | editor
The formal process for unification of regional parties has come in for a mixed bag reactions from several parties and organisations.Speaking to assamtimes, senior Congress leaders have said for...

Goa, Nagpur and Raipur to wake up to NE splendour

29 Oct 2011 - 3:14pm | Aiyushman Dutta
The fact that Northeast India has a rich and varied cultural heritage is known throughout the world. Very few people, however, manage to experience the rich traditions and culture of the various...