Guwahati: The BJP-led coalition government's much hyped yeoman service stands exposed with one after returnees disclosing their miseries.

The journey by bus to the state was not at all free.  The quarantine in hotels in Guwahati lack basic facilities.  That too for Rs.5000.

A returnee here disclosed the zero medical treatment facilities for her along with two others at a hotel where she was lodged on Thursday.

She along with two are returnees from Kota in Rajasthan along with 200 other. The ladies are allowed in hotel quarantine while the gents were sent to Sarusajai. 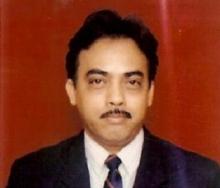 4 Feb 2012 - 5:51am | Anup Arandhara
Prime Minister Manmohon Singh gave the Prime Minister special award to Nayanmoni Bora, CMD of Oil India, at a function held in New Delhi on January 31. Bora is selected under the SCOPE award for...

29 Aug 2015 - 9:48pm | AT News
A minor boy met watery grave at a steam in Guwahati on Saturday. The tragic incident took place near Khanapara when the eight year old boy was swimming along with his friends near the Trinayan Path....