Fresh lead in serial blast probe as interrogation in progress

A special investigation team set up to probe the recent serial blast is getting more leads in to the entire incident. Acting on specific inputs, several NDFB cadres have been booked on after another in this connection.

Two more NDFB cadres, of late, have been apprehended by the SIT. The first one Bimal Mushahary from the city’ Fatasheel area while and Lakhyan Basumatary has been picked up from Bagsa district.

A Kamrup district judicial magistrate court on Thursday remanded both of them to ten days police custody.

Bimal Mushahary, son of Ganesh Mushahary is a resident of Ganakpara in Bagsa dsitirct’s Borbori area. The hardcore terrorist is one of the experts in NDFB’s bomb squad. NDFB cadres have been staying at the designated camps following the announcement of ceasefire with the government. But Bimal stays outside. He was picked up from the city’s Fatasheel area on Wednesday night in this connection. Sources said Bimal prepared the explosives devices.

Another militant Lakhyan Basumatary, was picked up by police in this connection from Bagsa district by police.

On the other hand, police interrogation on B Pothai and R Khersa picked up from the designated camp at Borbori in Bagsa district is understood to have made some more startling revelations in this connection.

Foiling Mushahary and Foliphung Swargiary who were booked by Dispur police are being interrogated to unearth more revelations. The first one is the designated camp commander at Udalguri while Swargiary is his lieutenant.

3 Jun 2015 - 2:13pm | SK Hasan
Poverty will never be an impediment for Rijit Konwar who brought glory for Nazira with 10th top position in the HSLC results.Hours after the Nazira body got the results, MLA Debobrata Saikia visited...

Will a border wall work along Indo-Bangla border?

20 Feb 2019 - 1:29pm | Rajiv Roy
Well Mr. Donald Trump, the outlandish and outspoken US President, with his usual signature facial expression said recently that “walls work” with regard to his decision to construct a border wall,... 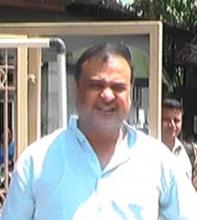