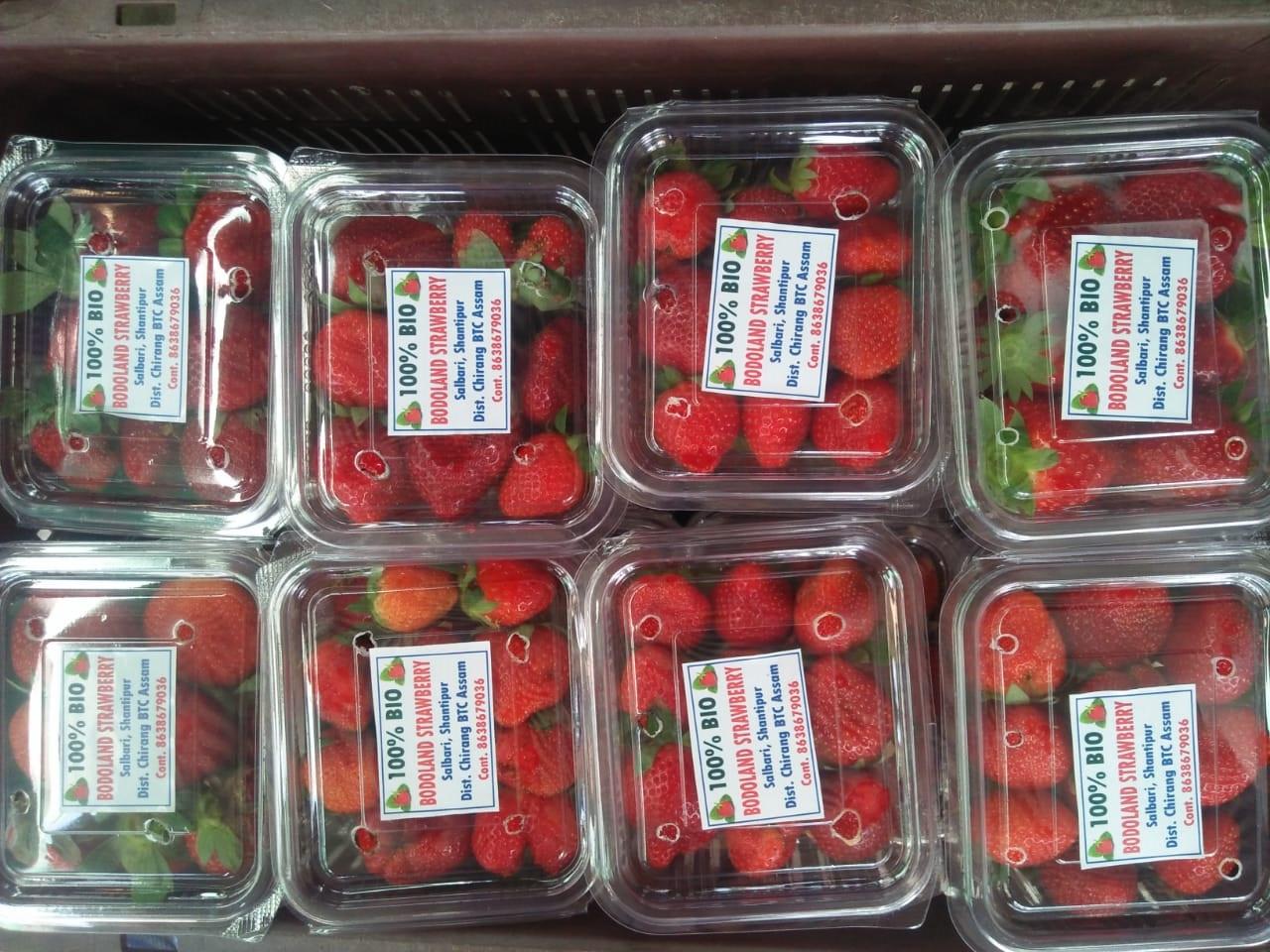 Kokrajhar: Amarsingh Basumatary is utterly disappointed. The hopes of the strawberry cultivator in Chirang is now blighted with frustration. But why? The 21 days nationwide lockdown has changed the course of his hard working time.

Three months back these crops grew huge hopes in his mind as 17,000 saplings on a plot measuring around 3 bighas drew no less attraction with fruitful crops at Salbari along the Indo-Bhutan border. But only to be nipped in the bud. PM Narendra Modi announced nationwide lockdown from March 25 which will be over by April 15. The yield was good. But only to be damaged under the impact of the lockdown. No transportation, no market---all traders have down the shutters. What to do: he is at his wit’s end. No solution in sight.

“The investment was handsome indeed. Some plants were brought from Himachal Pradesh. I engaged 5 workers who spared no pain to grow the promising crop. But my hopes are shattered because of the lockdown,” said a visibly upset Amar.

Strawberry crop is cultivated during the season of winter which begins from January to May month every year. He said, “It’s the peak season, I could pluck 80-90 kgs of yields. But what would I do? I can’t sold out the fruits in the market. No taker. No trader for these fruits worth Rs 3.5 lakh. The lockdown might extend. But by then these fruits would damage. No mechanism to process these.”

The strawberry fruits have good demand in Gelephu(Bhutan), Kokrajhar, Kajalgaon, Bongaigaon, Barpeta and Guwahati. But the markets are not opening apprehending the outbreak of COVID-19.

He recollected a time as he sold these fruits at Gelephu in Bhutan at Rs.500 per kilogram, Rs.300-350 per kilogram in Assam. But this time the lockdown has not allowed him to take that course.

He appealed to the government to help him make up the loss he incurred. He was not covered by the PM Fasal Bima Yojana. No hope at all now. How safe and secured are the peasants who can concentrate on cultivation to give the sector a fresh lease of life.