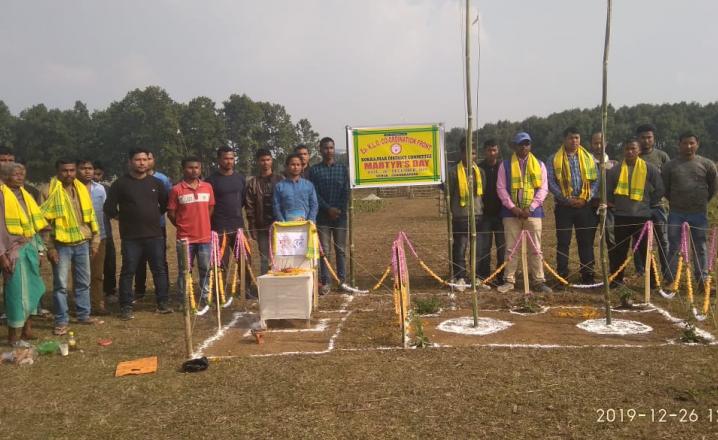 KOKRAJHAR: The  Kamatapur Liberation Organization (KLO) Coordination Front consisting former cadres of  of KLO has urged upon the KLO members who are still struggling with arms to come to the main stream to participate in peace process.

The former KLO members said that the arms struggle against the state should stop. The members who are still in the jungles must avoid the arms struggle and come to the main stream for peace talks to solve their problems and demands through the political dialogue.

The former KLO members observed the 26th martyrs day of the organisation on Thursday at Chandrapara here with day long programme scheduled.

20 Jan 2013 - 8:55pm | AT News
Once again BJP brings serious charges against Congress. Te opposition party on Saturday accused the ruling party of siphoning off huge amount of money allotted for development projects under the '...