Chameli Memsaheb to be screened at GPC 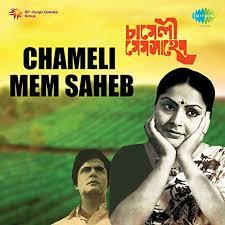 It was a remake of the Assamese movie Chameli Memsaab, which is based on a short story of eminent author-journalist Nirod Choudhury. Released in 1975, the critically acclaimed movie was directed by well-known performer Abdul Majid, where George Baker and Binita Borgohain played the lead roles. The well-admired movie brought the national award for best music direction (by Bhupen-da) for the first time to Assam's film-world.

24 Feb 2009 - 3:27am | Jayanta Kumar Das
Various organizations and institutions of Kalaigaon areas have condemned the burning down of Shobharani Jatiya Bidyalaya school building by miscreants at Borkola,10 km from Kalaigaon on February 17...

10 May 2016 - 11:38pm | AT News
An English book on urbanization, authored by Dr Brajendra Saikia, was released on Tuesday at Guwahati Press Club. Published by EBH Publications (India), the book titled Urbanization, Urban Sprawl and...