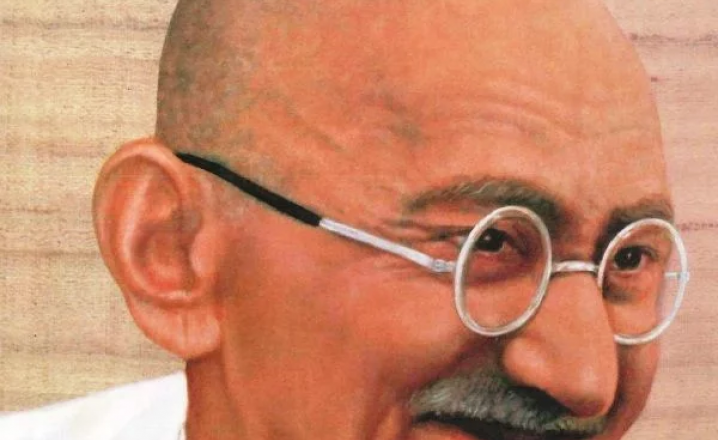 When Government of India is celebrating the 150th birth anniversary of Mahatma Gandhi, I am experiencing a different thrill to express myself as proud descendant of this great country called Bharat. For last seven years I have been occupied with a subject apart from my profession. This subject is though not new for me but it becomes gradually new for me in everyday affairs. Subject is "Yoga" which gradually becomes "Yoga Darshana". Actually, today I am not going to narrate my story. But, here it's about Bapu, the Father of Nation and his great life on experiencing Non-Violance. Today, as a student of Yoga Darshana when I look back to the life of Gandhi I find Maharshi Patanjali's first organ of Yoga in his life. Today, I can see him not only as one of the tallest political leader of the globe but also as a great yogi.

Gandhi in his own autobiography explained how the character of King Harishchandra influenced his life and inspired him to be truthful for whole life. I have mentioned earlier that first organ of Patanjal Yoga is found in the life of Gandhi. Sage Patanjali explains yoga through eight organs or eight limbs. So, it is called as "astanga yoga". The first organ of this yoga is "yama". If we translate the inner meaning of "yama" in a simple language we can say it as external behaviour of a person with the outer world. Sage Patanjali devides "yama" in five qualities of human life. That can be achieved by any individual by practice. These yamas are namely, Ahimsa, Satya, Asteya, Aparigraha and Brahmacharya. Though, Gandhi is popular among the world for the first quality of "Yama" of Sage Patanjali, i. e., "Ahimsa" means Non-Violance yet in his life all other four qualities of Patanjali's "yama" are distinctly observed. He is actually a real yoga practitioner in true sense.

The next quality Sage Patanjali describes under "yama" is "Satya", which means truth. It is that word for which the entire world is suspended. The basic of every relation in all sphere of life is truth. As we know that Gandhi was highly influenced by the play on King Harishchandra during his childhood and he from his childhood decided to be truthful and to stand with the truth. His understanding of truth is not a relative term. But, for him truth is one and absolute. Which is old practice of Indian Sages from the time immemorial. It is not easier in Indian spirituality to understand the truth, stick with the truth and grasp the truth. The highest goal of Indian Sprituality is to achieve that truth. Sage Patanjali inspires the yogis to start practicing this with outer world first. I find Gandhi as a true practitioner of truth. And he tried in his entire life to achieve or to experience that truth. The name of his autobiography "The Story of My Experiments with Truth" pronounce the same in a loud and clear manner.

Sage Patanjali within "yama" says about another quality namely "asteya" which means non-stealing. This quality also developed in Gandhi during adolescents. Gandhi's mother was a pious woman from whom during his child hood he gathered many good qualities. And he developed many spiritual ideas from his childhood itself. He convinced with himself that stealing is a seen. Once he stole a piece of gold from his home to pay the debt of his brother. But, after that immediately he realised that he had committed a sin and repented for it. By writing a letter a letter he confessed it before his ailing father. His father did not punish Gandhi for his wrong doing but it hurt his father very much. From that incident Gandhi promised himself to not to steal. What Sage Patanjali told "non-stealing" in his "yama" that we can see in Gandhi from his adolescent.

The next "yama" mentioned by Sage Patanjali is "aparigraha". It is not easy to translate this sanskrit word into one word in English. It is better to understand its inner meaning. We can say this a quality not to take possession something beyond our need depending upon our status in that particular point of time. Gandhi is found very strict in maintaining this quality in his life. When he returned to India from South Africa his family was presented many valuable gifts including gold ornaments by his well wisher. Gandhi told his wife Kasturba to return these gifts. He believed it firmly those gifts had no use in his life what he chose for himself. In later life he was more profoundly found to continously sticking with this quality from his dress code to all his belongings. For which many a times he was criticised as "nanga fair" or "naked saint". But, Gandhi upto his last breath stick with this quality.

The last quality enumerated by Sage Patanjali in his "yama" is "Brahmacharya". It is also difficult to translate into one word. Though many people use the word celebacy to denote sanskrit word "Brahmacharya" yet it is not the correct one. Celebacy means abstaining from sex or restraint from sex. Celebacy is a kind of practice used in some yogic school but it is not the complete meaning of word "Brahmacharya". The ambit of "Brahmacharya" is very large. The word "Brahman" relates to the Vedas. Which we can say as absolute or the truth, which is present every where and can not be altered. One who starts relating the outer world with the "Brahman" through his conduct or behaviour in him automatically this last quality mentioned by Sage Patanjali in his "yama" as "Brahmacharya" starts developing. When someone started looking the same truth in others he automatically cross the boundaries of cast, creed, race, gender and belief. He can then walk with every one and can think for human to entire nature. Gandhi's life shows the true Brahmacharya through his works from the struggle of South Africa to the freedom movement of India. One can take all humans together when he or she can practice "Brahmacharya" in true sense. Though in his later life it was said that he practised celebacy but before that he already acquired the quality of "Brahmacharya" in true sense.

Through this writing I am not going to mean that Gandhi was intited by someone in the school of Sage Patanjali's Astanga Yoga. What I try to say that If I look upon Gandhi from yogic perspective I find all those qualities mentioned by Sage Patanjali in his "yama" I find all those in the life of Gandhi. May be for many more qualities along with these he is called "Mahatma", the great soul. 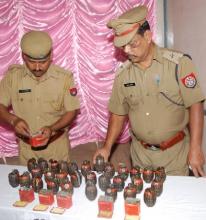 Will India reaffirm commitment to TB/HIV in New York?

4 Jun 2008 - 7:36pm | bobbyramakant
On June 9, for the first-time government, public health and business leaders, heads of UN agencies and advocates are coming together at United Nations (UN) Headquarters to acknowledge HIV/TB as an...