Today is 27 January- the International Holocaust Memorial Day. The United Nations General Assembly Resolution 60/7 of the 42nd plenary meeting held on 1st November 2005 designates 27 January as an annual International Day of Commemoration in memory of the victims of the Holocaust. It also reaffirms that the Holocaust, which resulted in murder of the one third of the Jewish people, along with countless members of other minorities, will forever be a warning to all people of the dangers of hatred, bigotry, racism, and prejudice. And as a result, the Holocaust and United Nations Outreach Programme was established in 2005 with a simple and stark aim to mobilize civil society for Holocaust remembrance and education in order to help to prevent future acts of genocide.

Now, the question is on today’s importance on Holocaust Memorial Day- is it important for today’s world? Then the straightforward reply is ‘Yes’. The Holocaust is not only a symbol for representing the genocide of Jewish people took place in the Second World War but also a reflection of the dark side of human mind and behaviour from the human history. We can see the intolerance in the name of religion, race, etc. in today’s world and as such the Holocaust Remembrance takes a major role for educating the human mind to stop any further genocide. Today’s world needs maximum happiness, peace of mind and love. But we can see the growing intolerance and hatred amongst the people in different parts of the globe. The Holocaust and the United Nations Outreach Programme states that the disturbing spread of neo-Nazism and other extremist groups and growing climate of intolerance and antisemitism makes the work of the Programme particularly urgent in current time.

In present time various allegations are coming from different platforms on the issue of distorting the narratives of history by some intolerant group. And if it happens in near future a threat may arise for another Holocaust.  The International Holocaust Remembrance Alliance (IHRA) in its recent publication on “Recognizing and Countering Holocaust Distortion” states that Holocaust distortion is a critical threat to Holocaust memory and fostering a world without genocide.

Hatred is such a disease of human mind which can destroy the entire humanity. This hatred may transform into extreme intolerance resulting into genocide. Humanitarian Law and Human Rights Laws are not enough to combat such genocide. As a civilized human society, it is everyone’s duty to educate and nurture the human mind to overcome the hatred and intolerance. Holocaust Memorial Day remind us about those past destructions of humanity and warn us to be careful to protect the humanity. 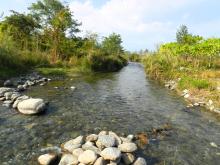 13 Dec 2007 - 1:01pm | pbaruah
The National Security Guards officials will assist the probe into the blast that cracked the New Delhi bound Rajdhani Express at the dead of the night on Wednesday by the Assam Adivasi Liberation...