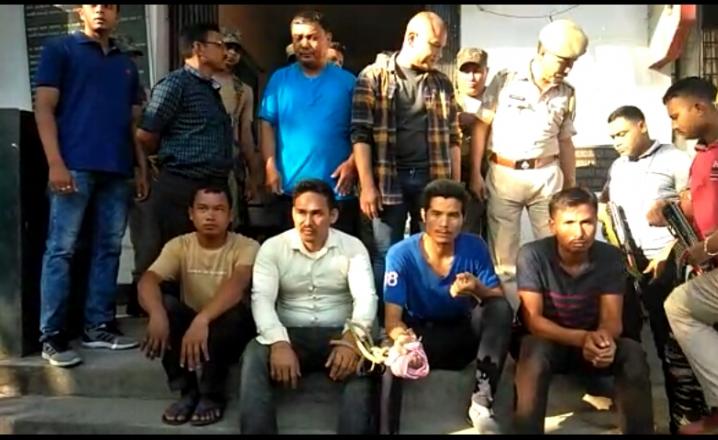 KOKRAJHAR: Four  cadres of National Democratic Front of Boroland-Saoraigwra faction(NDFB-S) were apprehended by security forces at Suwagpur near Goreswar in Baksa district on Thursday.

Two militant cadres were arrested at Baihata Chariali in Kamrup rural while coming to receive demanded ransom on Thursday by security forces belonging to Assam Police,CRPF and India army.

Later,on their revealation two more cadres were also arrested from Owabari of Baksa district.They have been identified as Bijoy Boro and Soneswar Boro.

Five mobile handsets were recovered from their possession.

10 May 2014 - 9:39am | AT News
The doctors at the Assam Medical College Hospital in Dibrugarh have yet to resume their duties on Saturday.The undergraduate and post graduate students have made it clear that they would continue to...

31 Oct 2008 - 8:50pm | Pranjal Barua
One killed in Police firing today at the blast spot where the angry public came out on the city roads in demand of justice to the deaths of the blasts. Police who have been claiming the situation is...