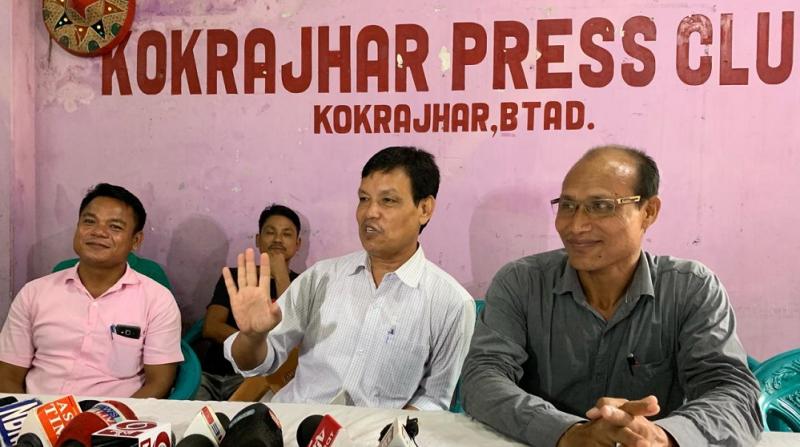 United People's Party Liberal (UPPL) president UG Brahma hinted seat sharing possibility with BPF in the upcoming BTC general council elections to be held in 2020. He reacted to the statement of BPF president Hagrama Mohilary. Mohilary said to medi thta BPF is not going for seat sharing but unification with parties.

Speaking the media at Kokrajhar Press Club on Friday, Brahma said that there was only preliminary communication among both the parties regarding unification possibility ahead of elections.

He has said that UPPL is willing for seat sharing in the upcoming BTC election.

"Door is still open to discuss on the seat sharing and communication", Brahma said.

DHAC to remove from the Executive Committee Chairmanship

18 Feb 2012 - 3:01am | Anup Biswas
The Congress Parliamentary Party, Dima Hasao Autonomous Council(DHAC) unanimously resolved that all the Members who had defied the directive of the Assam Pradesh Congress Committee (APCC) and the...