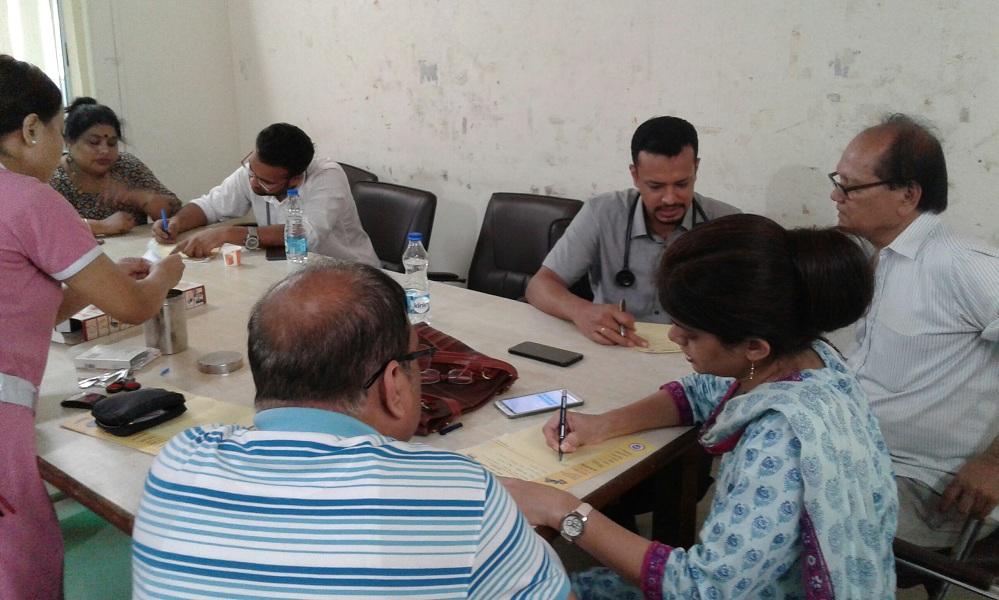 Guwahati: Down Town Hospital, northeast India’s pioneer healthcare institute, conducted a free hemoglobin screening camp at Guwahati Press Club on 18 May 2019, where the participants also got the opportunity to consult with experienced doctors.

Organized under the series of media OPD (out-patient department) clinics at the press club premises, the camp was graced by Dr Hrishikesh Bora, Dr Gaurav Kedia and Dr Rohini Kumari.

Ideally, the hemoglobin test measures the amount of hemoglobin (Hb or Hgb), which is a protein in red blood cells that carries oxygen to various organs & tissues and also transports carbon dioxide back to the lungs. If the hemoglobin level is lower than normal, the person may have anemia. On the other hand, if it is higher than normal level, that person should also consult with the doctors.

21 Jul 2012 - 11:58pm | editor
Police on Saturday got remand of Gauravjyoti Neog for three days a day after the TV journalist was arrested in the GS Road molestation case. Neog, who filmed the entire shocking incident and was...

4 Dec 2014 - 6:10pm | SK Hasan
A pall of gloom descends in Nazira following the sudden death of Tipun Gogoi. Gogoi, the young businessman died on Wednesday night. He was 31 and left behind him mother and elder brother. Various...