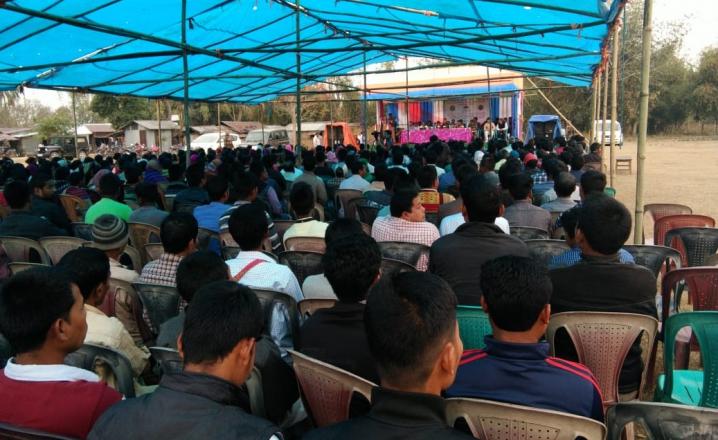 An awareness campaign was organized at Modati playground, Kazigaon,  Kokrajhar on Thursday on superstition in the society. The progarmme was organised by Kokrajhar police under project prahari to create awareness on witch hunting and superstition. “Project Prahari” is an initiative by Assam Police for participatory development and people friendly policing to fight social maladies and deprivation.

Mentionable that acting on a telephonic information, February 19 afternoon, regarding confining and assaulting of three persons in Modati village by some villagers suspecting them as witch at the nearby forest, polcie rushed to the spot and rescued the victims namely Nirjoy Rabha (50), Parimal Rabha (47) and Sarothi Bala Rabha (44) with grievous injuries on their persons. They were immediately admitted to Dhubri Civil Hospital for better treatment. Nirjoy Rabha succumbed to his injuries on way to Gauhati Medical College Hospital. 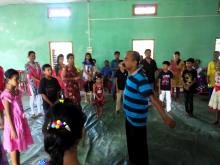 2 Jul 2015 - 10:29pm | Hantigiri Narzary
Despite a set of strictures timber smugglers are still active in the BTAD forest areas. Four forest officials sustained injury when timber smugglers attacked them at Jharbari in Kokrajhar district on... 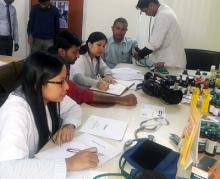 24 Dec 2016 - 12:37pm | AT News
Three city based physicians will conduct today's evening OPD at Guwahati Press Club for the benefit of scribes along with their dependents. Dr Manabendra Goswami (Surgery), Dr Arunima Goswami (...