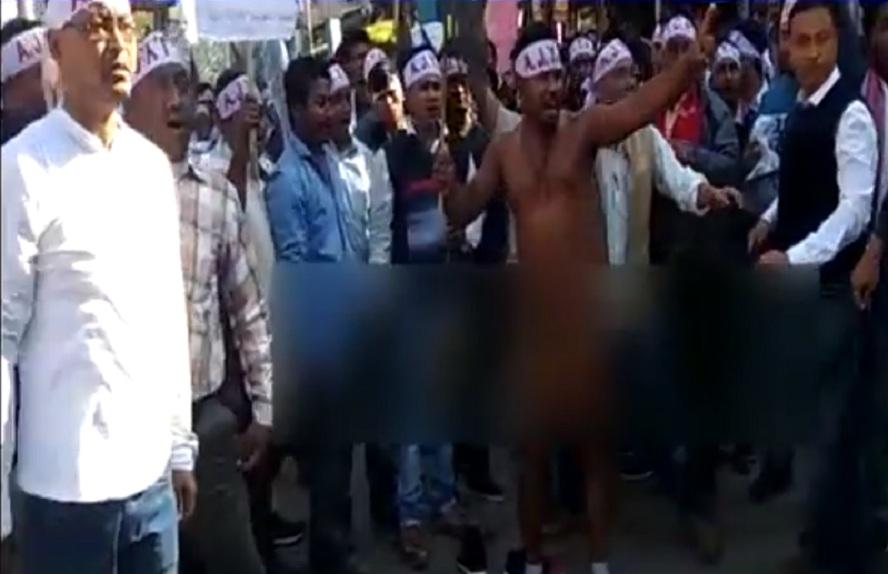 Protest against the Controversial Citizenship Amendment (2016) Bill staged in Margherita as part of state-wide protest. The local unit of Margherita AASU burnt copies of the Bill at NH 38, Segunbari tiniali, Margherita and observed Black Day at Margherita. The AASU activists shouted various slogans against Prime Minister Narendra Modi, Chief Minister Sarbananda Sonowal and BJP-led Government both at the Centre and State for not cancelling the controversial citizenship Amendment(2016) Bill.

Similarly, in Tinsukia, activists of AJYCP, CMSS, KMSS and other Organisations went for a nude protest and shave their heads as part of their protest against the bill.

1 Mar 2009 - 11:55am | editor
The United Liberation Front of Asom (ULFA) has ridiculed Assam Public Works Director Abhijit Sarma for his remarks on Friday that if ULFA and the NDFB fail to come forward for talks by April Paresh...

Demow businessman back to home

25 Aug 2012 - 4:43am | editor
In a sigh of relief businessman Tinku Babaj is back to his home on Friday a day after he was kidnapped from Dimow. According to information, Bajaj returned to his home safely at around 9-30 at night...

12 Nov 2017 - 8:41am | AT News
NEW DELHI: Amid an escalating protest in Assam, Arunachal Pradesh and Manipur over the greater Nagalim, Union home minister Rajnath Singh is hunkering down with Sarbananda Sonowal and TR Zeliang in...