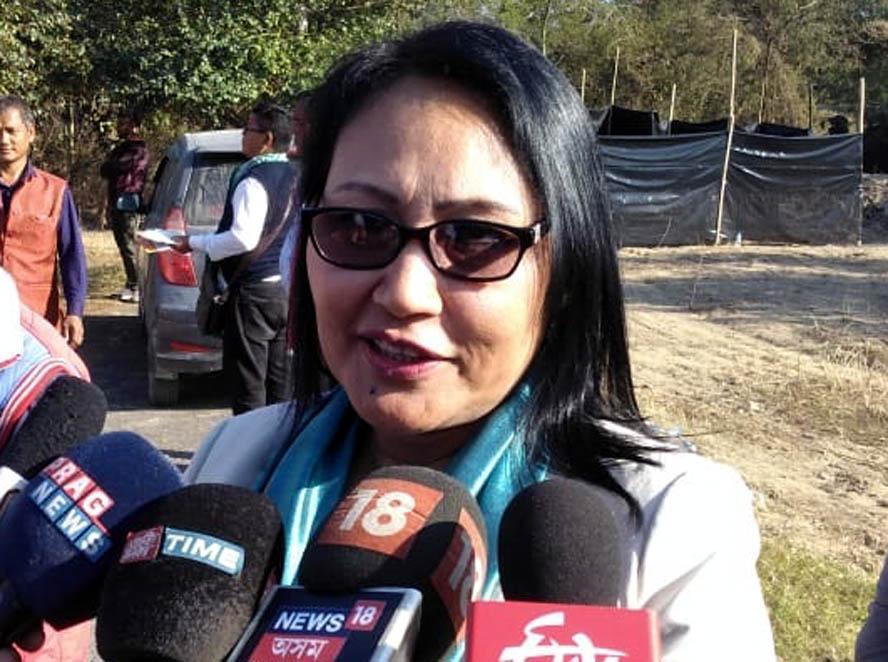 National Democratic Front of Boroland’s both factions - Progressive and Ranjan Daimary - have demanded permanent solution to the Boroland issue through political dialogue.

President of the NDFB-Progressive, Dhiren Boro, General Secretary of the NDFB-Ranjan faction, B Onjalu and  president of Bodo Women’s Justice Forum, Anajli Daimary,have extended Happy New Year greetings to all citizens of the state on the first day of January on Tuesday.

NDFB-P president ,Dhiren Boro said that peace process is getting snail pace over the Boroland state issue and talks is going with centre government,but no solutions are met so far.The NDFB-P and several Bodo organizations are urging the government for permanent solution through the political dialogue.Even though,centre has been showing their well gesture,yet no fruitful was reached on its reality.He has put demand of early creation of Boroland statehood in the state of Assam to meet healthy administration.He also extended his best wishes to all citizens of the state on the first day of January,2019.

‘We do hope that centre will consider to the demands of the new smaller states including Boroland under Article 2 & 3 of Indian constituion’,he said.

President of Bodo women’s Justice Forum,Anjali Daimary while extending her new year greetings,wished a political solution of the Boroland statehood issue and held a healthy integration.

50 addl forces to deal with situation

24 Dec 2014 - 4:52pm | Rashmita Gogoi
The Centre is mobilising 50 companies (5000 personnel) of central forces at the request of Assam. This was what Union minister of state for home Kiren Rijiju told reporters in New Delhi on Wednesday....

1 May 2011 - 3:31pm | Mowsam Hazarika
"Music contributes to the quality of life"- considering this theme 100 musicians of SONG INTERNATIONAL, Guwahati organised Grand Orchestra at Rabindra Bhawan on April 30 under the guidance of Ray...

21 Apr 2015 - 7:55am | AT News
Dispur police are examining a complaint against two police officers who allegedly helped Anil Chauhan. Acting on a FIR the authorities are likely to quiz DSP Moni Saikia and SI Moscow Saikia in...